The presence of Syrian National Transitional Council head Bassma Kodmani at the 2012 Bilderberg conference clearly indicates that power brokers at the elite confab will be discussing the effort to topple President Bashar Al-Assad and install a NATO-friendly administration in the violence-stricken country. 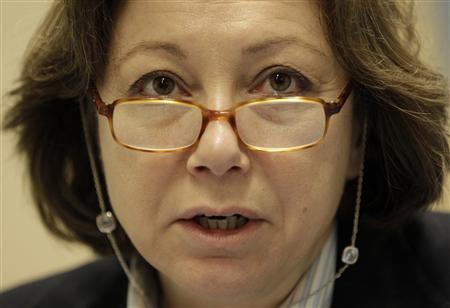 Kodmani is the Head of Foreign Affairs with the SNC, a coalition of Syrian opposition groups based in Istanbul, Turkey. While at the Bilderberg meeting she will be in the company of the likes of former Secretary of State and accused war criminal Henry Kissinger, warhawk Richard Perle, and Thomas E. Donilon, National Security Advisor for the Obama White House.

Having overseen numerous wars during his tenure in the White House, Kissinger is a staunch advocate of so-called “humanitarian” interventions. Before last year’s toppling of Colonel Gaddafi, he advocated a U.S. ground invasion of Libya.

During last year’s Bilderberg conference in St. Moritz, Switzerland, members discussed expanding the war in Libya. Four months later, Gaddafi was killed and the country was under the control of NATO-backed rebels and the National Transitional Council of Libya.

Kodmani is a darling of the establishment, having written op-eds for the New York Times calling for the overthrow of Assad. In recent months her position has become increasingly hardline and pro-NATO intervention. In January she called for “greater militarization of local resistance or foreign intervention.” Kodmani has also called for Syria to form an alliance with Israel.

Hostility towards Syria from the international community has intensified in recent weeks, particularly after last weekend’s massacre in Houla which was blamed on Assad’s forces despite the fact that eyewitnesses in Houla said opposition rebels were responsible for the slaughter, which killed 108 people – mostly women and children.

On Thursday, Secretary of State Hillary Clinton said the Houla massacre will be used to build an international consensus for military intervention. “Every day that goes by makes the argument for it stronger,” she said while addressing Danish university students.

This followed U.S. Ambassador Susan Rice adopting a more hardline approach following a UN Security Council meeting. “Members of this Council and members of the international community are left with the option only of having to consider whether they are prepared to take actions outside of the Annan plan and the authority of this Council,” said Rice.

US Secretary of Defense Leon Panetta has repeatedly stated that Congressional authorization for a military assault on Syria will not be sought by the Obama administration, which considers NATO and the UN to be the supreme authority.

In June last year, President Obama arrogantly expressed his hostility to the rule of law when he dismissed the need to get congressional authorization to commit the United States to a military intervention in Libya, churlishly dismissing criticism and remarking, “I don’t even have to get to the Constitutional question.”