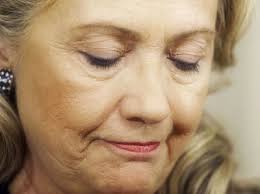 The State Department slammed former United Nations envoy John Bolton over his suggestion that Secretary of State Hillary Rodham Clinton falsely claimed a concussion to avoid a potentially embarrassing appearance before Congress to explain the deadly terrorist attack on the U.S. mission in Benghazi, Libya.

In an appearance on Fox News, Bolton said that Clinton’s claim that she had fainted because of theflu, hitting her head and suffering a concussion, was what foreign service officers call a “diplomatic illness,” intended to free a diplomat from an unpleasant duty. Clinton was supposed to appear before congressional foreign affairs committees on Thursday to respond to questions about whether security failures opened the way for the Sept. 11 attack.

“This is a diplomatic illness to beat the band,” said Bolton, who served during the George W. Bushadministration. “I mean, I hope it’s nothing serious. But this was revealed in a way that I think was not transparent and I think there is an obligation here.”

She said that Bolton and others who have questioned the concussion “are people who don’t know what they’re talking about.”

“It’s unfortunate that in times like this people make wild speculation based on no information,” she said.

Clinton’s withdrawal from the hearing has prompted speculation that she is trying to finish her term as chief diplomat without suffering any criticism for the attack. Clinton has said she does not intend to serve in President Obama’s second term.

The secretary, considered a top Democratic presidential contender in 2016, declined to appear on Sunday talk showsfive days after the attack, which killed the U.S. ambassador to Libya, Chris Stevens, and three other Americans. Instead, the job went to U.S. Ambassador to the United Nations Susan Rice.

Republicans have attacked Rice’s comments on those shows, saying that she was trying to avoid political fallout by saying that the attack was a “spontaneous” crowd reaction rather than a calculated terrorist attack.

The announcement that Clinton will not testify has been received skeptically by conservative bloggers and commentators. Fox News described the injury as a “purported concussion.”