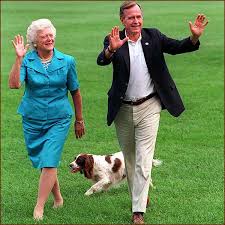 HOUSTON (AP) — A spokesman says the fever that kept former President George H.W. Bush in a Houston hospital over Christmas has worsened, and doctors have put him on a liquids-only diet.

Jim McGrath had said earlier Wednesday that the fever had gone away. He later corrected himself and said the fever “elevated” in recent days. McGrath says doctors also put the 88-year-old former president on a liquid diet, though he could not say why.

McGrath says doctors have been treating the “stubborn” fever with Tylenol but still haven’t nailed down a cause.

He says the bronchitis-like cough that initially brought Bush to the hospital on Nov. 23 has improved and the 41st president now coughs only about once a day.

Bush’s daughter, Dorothy, is to arrive Wednesday in Houston from Bethesda, Md.