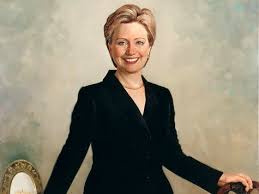 On December 15, the day after the day after the shooting at a school in Newtown, Connecticut, State Department officials notified the press that Secretary of State Hillary Clinton had fallen ill. “While suffering from a stomach virus, Secretary Clinton became dehydrated and fainted, sustaining a concussion,” deputy assistant secretary Philippe Reines said in a statement to the press.

Since then, Clinton does not appear to have been sighted in public.

On December 19, Clinton missed the State Department holiday party. “I was going to congratulate her on her record-breaking travel,” President Obama said, noting her absence. “These are not frequent-flyer miles,” he joked. “She is tireless and extraordinary.”

On the same day as her office announced her illness, they also put out word that Clinton would be missing the Benghazi hearing scheduled for December 20 on Capitol Hill. Indeed, she did miss that hearing, and another one has not yet been scheduled.

And on December 21, Clinton missed President Obama’s announcement that John Kerry would be nominated as the next secretary of state. “Hillary wanted very much to be here today, but she continues to recuperate.  I had a chance to talk to her earlier today, and she is in good spirits and could not be more excited about the announcement that I’m making,” Obama said at that event, again noting Clinton’s absence.

So, what’s Hillary Clinton’s status? Her situation is serious enough to sideline her for two weeks, but we still don’t know what’s going on. How serious is it? Does it prevent her carrying out the secretary of state duties?

Clinton has long-planned to step down as secretary of state “days” after Inauguration Day. The question is, will we even see her before then?