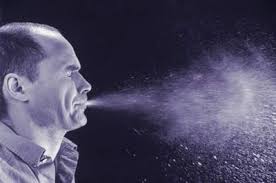 “It’s a bad year. We’ve got lots of flu, it’s mainly type AH3N2, which tends to be a little more severe. So we’re seeing plenty of cases of flu and plenty of people sick with flu,” Farley told reporters including WCBS 880′s Rich Lamb.

To protect against contracting the flu, Farley urged people to wash their hands and cover their mouths when they cough. And he said the flu shot can still help protect against getting sick.

Mayor Michael Bloomberg got a flu shot in October but still got the disease last month. Still, Bloomberg said that won’t stop him from getting vaccinated every year, CBS 2′s Marcia Kramer reported.

“Anybody that doesn’t think so is just missing an opportunity to protect themselves. There’s no guarantees in life. You can take a flu shot, walk across the street and get hit by a car. It doesn’t mean you shouldn’t take your flu shot,” Bloomberg said.

“If you get a flu shot, even if you don’t get the type of flu that was covered in the flu shot, the likelihood is you’ll have a more mild case of the flu and that there will be less complications,” said Dr. Stuart Kessler of Elmhurst Hospital.

“You’d rather be feeling a little lousy for a couple days than getting deathly ill for a week,” Farley added.

Elsewhere around the region, flu levels are rising.

“We’ve seen a very high uptick in cases in the last week,” Englewood Hospital infectious disease specialist Dr. Ashwin Jathavedam told 1010 WINS’ Al Jones. “Kind of right in the throes of it. But we haven’t had a big outbreak in a few years, so I think we were due.”

“It is a serious situation,” the governor said.

Shah said more than 19,000 flu cases have been reported this year, compared to a little more than 4,000 last year.

New Jersey has also seen a huge a increase in the virus. At Holy Name Medical Center in Teaneck, a patient died from the flu on Wednesday. Dr. Thomas Birch said he hasn’t seen so many flu cases since the outbreak of swine flu in 2009.

“More patients in the last two weeks then in all of last year combined,” Birch told CBS 2′s Cindy Hsu.

So many people are heading to the hospital that the rapid test kits that take just 30 minutes to diagnose the flu are on back-order nationwide.