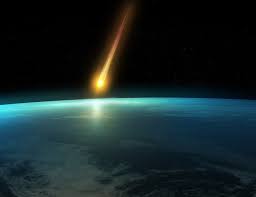 By GAUTAM NAIK And ALAN CULLISON

The meteor that crashed to earth in Russia was about 55 feet in diameter, weighed around 10,000 tons and was made from a stony material, scientists said, making it the largest such object to hit the Earth in more than a century.

Large pieces of the meteor have yet to be found. However, a team from the Urals Federal University, which is based in Yekaterinburg, collected 53 fragments, the largest of which was 7 millimeters, according to Viktor Grokhovsky, a scientist at the university.

Data from a global network of sensors indicated that the disintegration of the Russia fireball unleashed nearly 500 kilotons of energy, more than 30 times the energy of the Hiroshima atomic bomb.

It is the largest reported meteor since the one that hit Tunguska, Siberia, in 1908, according to the U.S. National Aeronautics and Space Administration. The agency’s new gauge of the meteor’s size was a marked increase from its initial estimate.

“We would expect an event of this magnitude to occur once every 100 years,” said Paul Chodas of NASA’s Near-Earth Object Program Office, in a statement. “When you have a fireball of this size we would expect a large number of meteorites to reach the surface and in this case there were probably some large ones.”

When a meteor lands, researchers can get a better fix about its size and composition by studying isotopes found in the fragments. But the pieces need to be found quickly because the isotopes last for only days or weeks.

Dr. Grokhovsky said the search was hampered by officials of Russia’s Emergency Situations Ministry, which sealed off the area around an 8-meter-wide hole in the ice of Lake Chebarkul, near Chelyabinsk, where a chunk of the meteor was believed to have fallen.

Ministry divers didn’t find anything in the lake. A top regional official told Russia’s Interfax news agency that the hole appeared there for another reason and wasn’t caused by the meteor. Said Dr. Grokhovsky: “They just don’t know what they are looking for.”

Dr. Grokhovsky said that although the meteorite exploded, there are certainly larger chunks than those so far recovered. The black and brown fragments have been fairly easy to spot because they stand out against the snow.

As space visitors go, the meteor wasn’t especially exotic. It was of a variety known as ordinary chondrites, which make up most meteorites found on Earth. But it is still of scientific interest.

“Each meteorite is a time capsule and space probe recording the history of our solar system from 4.5 billion years ago,” said Caroline Smith, curator of meteorites at London’s Natural History Museum. “Whenever you get a new meteorite you never know what you’ll find.” Some of the more intriguing meteorites are partly composed of carbon-based materials, including amino acids and sugars. “The early Earth could well have been seeded with the chemical building blocks you need for life to start,” said Dr. Smith.

In addition, scientists have found about 100 meteorites that originated on the moon, and an additional 100 that originated on Mars. These were formed when an asteroid or comet smacked into the lunar or Martian surface and threw out debris that fell into Earth’s gravitational grasp.

By comparison, meteors of the type that hit Russia originate at the earliest reaches of time in the disk of gas and dust that swirled around the early sun. They become denizens of the asteroid belt that’s found between Mars and Jupiter until they fall out of orbit, possibly as a result of a collision with another object. Some fly near Earth, get pulled in by gravity, and meet their end in a blaze of heat and light as they fall toward the ground.

One thought on “METEOR WAS LARGEST IN CENTURY”