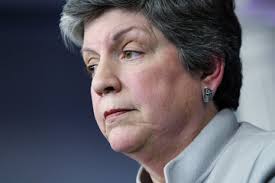 The U.S. government is expanding a cyber security program that scans Internet traffic headed into and out of defense contractors to include far more of the country’s private, civilian-run infrastructure.

As a result, more private sector employees than ever before, including those at big banks, utilities and key transportation companies, will have their emails and Web surfing scanned as a precaution against cyber attacks.

Under last month’s White House executive order on cybersecurity, the scans will be driven by classified information provided by U.S. intelligence agencies — including data from the National Security Agency (NSA) — on new or especially serious espionage threats and other hacking attempts. U.S. spy chiefs said on March 12 that cyber attacks have supplanted terrorism as the top threat to the country.

The Department of Homeland Security will gather the secret data and pass it to a small group of telecommunication companies and cyber security providers that have employees holding security clearances, government and industry officials said. Those companies will then offer to process email and other Internet transmissions for critical infrastructure customers that choose to participate in the program.

DHS as the middleman
By using DHS as the middleman, the Obama administration hopes to bring the formidable overseas intelligence-gathering of the NSA closer to ordinary U.S. residents without triggering an outcry from privacy advocates who have long been leery of the spy agency’s eavesdropping.

The telecom companies will not report back to the government on what they see, except in aggregate statistics, a senior DHS official said in an interview granted on condition he not be identified.

“That allows us to provide more sensitive information,” the official said. “We will provide the information to the security service providers that they need to perform this function.” Procedures are to be established within six months of the order.

The administration is separately seeking legislation that would give incentives to private companies, including communications carriers, to disclose more to the government. NSA Director General Keith Alexander said last week that NSA did not want personal data but Internet service providers could inform the government about malicious software they find and the Internet Protocol addresses they were sent to and from.

“There is a way to do this that ensures civil liberties and privacy and does ensure the protection of the country,” Alexander told a congressional hearing.

Fears grow of destructive attack
In the past, Internet traffic-scanning efforts were mainly limited to government networks and Defense Department contractors, which have long been targets of foreign espionage.

But as fears grow of a destructive cyber attack on core, non-military assets, and more sweeping security legislation remained stalled, the Obama administration opted to widen the program.

Not all the cybersecurity providers will be telecom companies, though AT&T is one. Raytheon said this month it had agreed with DHS to become a provider, and a spokesman said that customers could route their traffic to Raytheon after receiving it from their communications company.

As the new set-up takes shape, DHS officials and industry executives said some security equipment makers were working on hardware that could take classified rules about blocking traffic and act on them without the operator being able to reverse-engineer the codes. That way, people wouldn’t need a security clearance to use the equipment.

Lee Tien, a senior staff attorney with the nonprofit Electronic Frontier Foundation, said that the executive order did not weaken existing privacy laws, but any time a machine acting on classified information is processing private communications, it raises questions about the possibility of secret extra functions that are unlikely to be answered definitively.

“You have to wonder what else that box does,” Tien said.

One technique for examining email and other electronic packets en route, called deep packet inspection, has stirred controversy for years, and some cybersecurity providers said they would not be using that. In deep packet inspection, communication companies or others with network access can examine all the elements of a transmission, including the content of emails.

The DHS official said the government is still in conversations with the telecom operators on the issue.

The official said the government had no plans to roll out any such form of government-guided close examination of Internet traffic into the communications companies serving the general public.