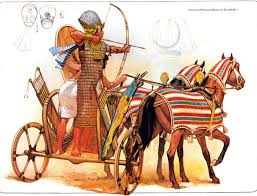 On Wednesday, Gen. Abdel Fatah Said Al-Sisi announced a military coup in Egypt. He said that the Constitution had been suspended, that early elections would take place, and that there would be a “code of ethics” for the media. He stated that the chief of the Constitutional court would be taking charge during a transitional period before another election. He said the new government would be “diverse and include all the people,” and that the constitution would be revised to reverse changes made by ousted Muslim Brotherhood President Mohammed Morsi.

Al-Sisi said there would be a code of ethics for the media that would “establish values and ethics for the media to follow.” He also stated that there would be a committee for reconciliation from leaders who are credible. The armed forces, he said, call on the great Egyptian people with its various groups to continue to have peaceful protests and end the crisis. He also said that the military warned it would take action against anyone moving beyond peaceful protest.

“May Allah preserve Egypt and its people,” al-Sisi concluded.

UPDATES: A Morsi aide has said that Morsi has been removed to an undisclosed location.

Dr. Mohammed El-Baradei, a leader of the anti-Morsi opposition, stated that he hopes “all of us come back as reconciled people together. I hope that this ‘road map’ will be a beginning to continue with the revolution for which the Egyptian people have spent dearly to achieve social justice for every Egyptian man and woman.”

CNN reports the sound of gunfire near pro-Morsi demonstrators, adding that Muslim Brotherhood followers had been training with sticks in preparation for violence. The crowd is chanting “victory or martyrdom.” The Egyptian military, CNN reports, is 400 to 500 yards down from the pro-Morsi demonstrations.

Just before the military announced the ouster of Morsi, the army sent troops and armored vehicles to militarily sensitive points around the country, including throughout Cairo. Troops are also surrounding rallies by pro-Morsi forces.

Travel bans were imposed on Morsi and top figures from his Muslim Brotherhood including its chief Mohammed Badie and his powerful deputy Khairat el-Shater.

Associated Press reports that Egyptian defense leaders have told US officials that there will be no long-term military rule, telling Secretary of Defense Chuck Hagel and Chairman of the Joint Chiefs of Staff Gen. Martin Dempsy that a civilian government would be installed shortly. The Egyptian military has reportedly stated that it will protect US citizens in Egypt. AP also reports that American Councils for International Education in Washington, D.C., announced that it would be evacuating 18 Arabic language program students from Egypt to Morocco thanks to security concerns. The students hail from the Universities of Oklahoma, Michigan, Texas, Maryland, and Michigan State.

President Mohammed Morsi’s Twitter account has called the military’s announcement a “full coup.” Morsi has been quoted as stating that today’s events “represent a full coup categorically rejected by all the free men of our nation.” CNN reports that Morsi appealed to his supporters to react peacefully to the military action.

Meanwhile, Reuters reports that the time frame of the early election will be determined by the interim administration. Christiane Amanpour of CNN says that Egyptian sources inform her it could be nine months to a year before new elections.

The US embassy in Cairo is closed Wednesday and was scheduled to be closed Thursday thanks to July 4, as well as for the weekend, according to CNN. The Washington Post reports that US embassy personnel in Cairo has ordered mandatory evacuation of all non-essential personnel, stating, “We will begin departures immediately, with the expectation that all evacuees will have left for the States by this weekend.”

All Muslim Brotherhood television channels in Egypt have now gone off the air, according to UPI. Al-Ahram reports that Al-Hafez and Al-Nas both went off the air immediately after al-Sisi’s speech.

Reuters reports that the head of the constitutional court will be sworn in tomorrow as interim head of state in Egypt.

The United States has remained silent on the military action thus far, but the State Department charted an enigmatic course earlier on Wednesday, with spokeswoman Jen Psaki stating, “We think that all sides need to engage with each other and need to listen to the voices of the Egyptian people, and what they are calling for, and peacefully protesting about, and that’s a message we’ve conveyed at all levels to all sides.”

CNN reports that Attorney General Eric Holder and Secretary of Defense Chuck Hagel, among others, have been visiting the White House this afternoon, and that President Obama is in the loop.