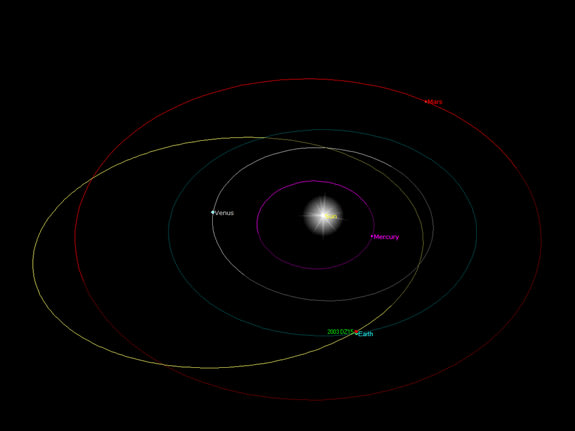 An asteroid as large as five football fields will zoom by Earth tonight, and you can watch the close approach live from the comfort of your home.

The 500-foot-wide (152 meters) asteroid will be too faint for most skywatchers to observe from their backyards, but folks can get a good look on their computer screens. Despite its large size, 2003 DZ15 is still far enough from Earth that it appears as a pinprick of light against a star field as seen by the Virtual Telescope Project instrument.