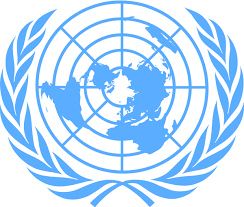 U.N. inspectors have collected a “wealth” of evidence on the use of nerve agents that points to Syrian President Bashar al-Assad using chemical weapons against his own people, according to a senior Western official.

The inspection team, which is expected on Monday to present U.N. Secretary General Ban Ki-moon with a highly anticipated report on a suspected Aug. 21 nerve agent attack in the suburbs of Damascus, will not directly accuse the Syrian regime of gassing his own people, according to three U.N.-based diplomats familiar with the investigation. But it will provide a strong circumstantial case — based on an examination of spent rocket casings, ammunition, and laboratory tests of soil, blood, and urine samples — that points strongly in the direction of Syrian government culpability.

“I know they have gotten very rich samples — biomedical and environmental — and they have interviewed victims, doctors and nurses,” said the Western official. “It seems they are very happy with the wealth of evidence they got.” The official, who declined to speak on the record because of the secrecy surrounding the U.N. investigation, could not identify the specific agents detected by the inspector team, but said, “You can conclude from the type of evidence the [identity of the] author.”

The U.N. team, which is led by the Swedish scientist Ake Sellström, traveled to Damascus last month to begin an investigation into the alleged use of chemical weapons. During that trip, according to the United States and other Western powers, Syrian forces launched a chemical weapons attack that killed more than 1,400 people in the Al Ghouta suburb of Damascus.

A montage of video clips posted by Samantha Power, the U.S. ambassador to the United Nations, on her Twitter page depicted horrific scenes of purported victims writhing in agony, and gasping for breath. Rows of dead children, their faces blue from apparent suffocation, were lined up in morbid rows, white sheets covering their tiny bodies.

Syria and Russia have denied that the government in Damascus carried out the attack, saying it was the work of Syrian rebels seeking to persuade the West to intervene militarily on their behalf. In an interview with Charlie Rose, Assad denied his government used chemical weapons — and compared the U.S. case against Syria to former Secretary of State Colin Powell‘s flawed presentation against Saddam Hussein’s Iraq. In Syria, Assad said, “the Russians have completely opposite evidence: that missiles [were] thrown from areas that the rebels controlled.”

Diplomats say that Sellström’s inspection team is only planning to report next week on the al Ghouta attacks. The team plans to return to Damascus at a later date to complete its investigations into the other incidents, including the March incident at Khan al Assal.

Under the terms of its mandate, however, the U.N. inspectors are only authorized to conclude whether chemical weapons have been used in Syria, not assign responsibility for their use.

While Western diplomats say they are confident that U.N. report would strengthen the case against the Syrian government, they said they expected the case would not fundamentally alter the course of diplomatic efforts to contain the chemical weapons threat in Syria. “It’s not a game changer,” said one diplomat.

On Tuesday, Syrian Foreign Minister Walid Moallem, admitted his country operated a clandestine chemical weapons program, and vowed to open them up to international scrutiny as part of a Russian-brokered deal to place Syria’s chemical agents under international control. “We are ready to reveal the locations of the chemical weapon sites and to stop producing chemical weapons and make these sites available for inspection by representatives of Russia, other countries and the United Nations,” Moallem said in a statement.

U.S. Secretary of State John Kerry and Russian Foreign Minister Sergei Lavrov, meanwhile, headed to Geneva to see if they could reach agreement on a plan to control and ultimately destroy Syria’s chemical weapons. Secretary-General Ban, for his part, appeared to be moving beyond the Sellström investigation. “I have not yet received the report from Dr. Sellström, nor do I know what it will contain,” Ban told reporters Monday. But “I’m considering urging the Security Council to demand the immediate transfer of Syria’s chemical weapons and chemical precursor stocks to places inside Syria where they can be safely stored and destroyed.”