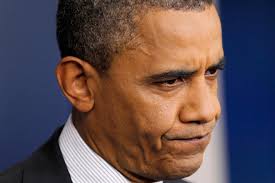 House Republicans passed their stopgap funding bill Friday to keep government open while terminating the new health care law, setting up a final showdown next week with Senate Democrats and President Obama who have firmly rejected the GOP approach.

The 230-189 vote, which split almost exactly along party lines, is the precursor to the big action next week, when the Democratic majority in the Senate is expected to strip out the health care provisions and send the bill back to the House — where Republicans will have to decide whether they can accept it at that point.

All sides are racing to beat a Sept. 30 deadline, which is when current funding for the federal government runs out. The new measure would fund the government through Dec. 15, essentially at last year’s levels, and would leave the budget sequester cuts in place.

But Republicans on Friday also attached two amendments to the final bill — one to direct how government spending is prioritized in the event the Treasury Department bumps up against its borrowing limit in the coming weeks, and another that strips out funding for President Obama’s signature Affordable Care Act, which would effectively stop its implementation.

“The American people don’t want the government shut down, and they don’t want Obamacare,” said House Speaker John A. Boehner, who rallied with fellow Republicans after the vote in a show of unity that seemed designed to quell speculation about a rebellion within the House Republican Conference.

Republicans said the move was designed to put some Democratic senators on the spot. House Majority Leader Eric Cantor named several who are up for re-election next year, including Louisiana Sen. Mary Landrieu and Alaska Sen. Mark Begich.

Democrats said the bill was an outrage that exposed Republicans’ true intention of trying to force a government shutdown.

“It is a wolf in wolf’s clothing,” said Minority Leader Nancy Pelosi, California Democrat. “Either you don’t know what you’re doing or this is one of the most intentional acts of brutality you’ve cooked up.”

Rep. Nita Lowey, the top Democrat on the House spending committee, said limiting government funding now would immediate consequences, such as preventing federal authorities from being able to help out as Colorado recovers from devastating floods.

Democrats urged the GOP to negotiate with them to raise taxes in order to spend more.

Republicans countered that if they’d wanted to shut down government, they wouldn’t have brought any bill to the floor.

“We are pragmatists. We know we have to pass bills to fund government. Thus this bill,” said House Appropriations Committee Chairman Hal Rogers, Kentucky Republican.