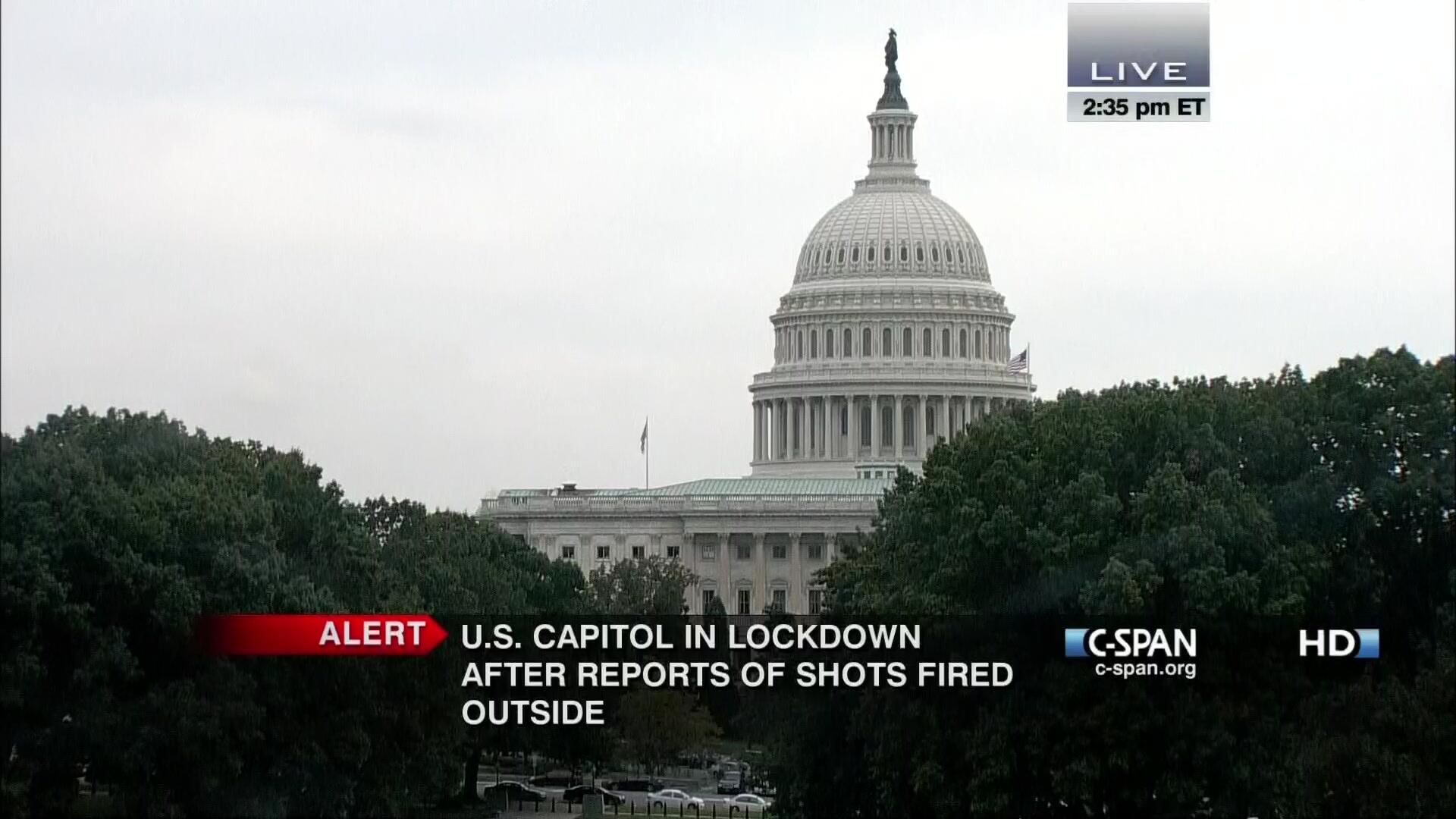 UPDATE: Reports indicate that a female suspect is dead at the scene and that a child is in custody. Developing…

By JULIE PACE AP White House Correspondent WASHINGTON A law enforcement official says a shooting at the United States Capitol is related to a vehicle that tried to ram a security barricade at the White House. The official says a driver tried to drive through a barricade that blocks the stretch of Pennsylvania Avenue in front of the White House to vehicles. The driver then proceeded down Pennsylvania Avenue to Capitol Hill, where shots were fired. The official was not authorized to publicly discuss the incident by name and insisted on anonymity.

(AP) Shots outside Capitol, police say 1 injury By BRADLEY KLAPPER and LAURIE KELLMAN Associated Press WASHINGTON A police officer was reported injured after gunshots at the U.S. Capitol, police said Thursday. They locked down the entire complex, at least temporarily derailing debate over how to end a government shutdown. The shooting unfolded after police chased a black car up Constitution Avenue toward the Capitol, said tourist Edmund Ofori-Attah, who walked toward the scene as the car stopped. “Then I heard the gunfire” and hit the ground, he said. Sen. Bob Casey, D-Pa., told reporters he was walking from the Capitol to the Senate Russell Office Building across the street when he noticed several police officers driving fast up Constitution Avenue on motorcycles. “Within seconds of that,” Casey said, “we heard three, four, five pops,” which he assumed were gunshots. He said police ordered Casey and nearby tourists to crouch behind a car for protection. In about two minutes, he said, the officers moved everyone into the Capitol. FBI agents rushed to the scene and Senate Sergeant at Arms Terrance Gainer said: “There are reports of injuries.” After nearly an hour, police ended the lockdown. The shooting comes two weeks after a mentally disturbed employee terrorized the Navy Yard with a shotgun, leaving 13 people dead including the gunman. As a warning was sounded, the House abruptly went into recess and lawmakers left the chamber floor. The Senate also suspended business. Before the disruption, lawmakers had been trying to find common ground to end a government shutdown. The House had just finished approving legislation aimed at partly lifting the government shutdown by paying National Guard and Reserve members. People standing outside the Supreme Court across the street from Congress were hurried into the court building by authorities. The White House also was briefly locked down after the incident at Capitol Hill and the stretch of Pennsylvania Avenue in front of the compound was closed to pedestrians. Secret Service said the procedures were precautionary.