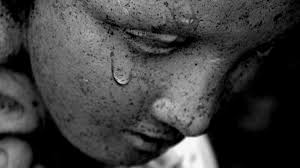 The National Security Agency spied on the future Pope Francis before and during the Vatican conclave at which he was chosen to succeed Benedict XVI, it was claimed on Wednesday.

The American spy agency monitored telephone calls made to and from the residence in Rome where the then Archbishop Jorge Mario Bergoglio stayed during the conclave, the secret election at which cardinals chose him as pontiff on March 13.

The claims were made by Panorama, an Italian weekly news magazine, which said that the NSA monitored the telephone calls of many bishops and cardinals at the Vatican in the lead-up to the conclave, which was held amid tight security in the Sistine Chapel.

At that time, Benedict XVI was Pope, suggesting that the Vatican may also have been monitored during the last few weeks of his papacy.

The allegations follow a report on Cryptome, a website that gathers intelligence on surveillance and national security, which claimed the US intercepted 46 million telephone calls in Italy between Dec 10 2012 and Jan 8 January 2013.

The monitoring of communications, including emails, continued after Benedict’s resignation in February and encompassed the election of Pope Francis.

“It is feared that the great American ear continued to tap prelates’ conversations up to the eve of the conclave,” the weekly magazine said.

It added that there were “suspicions that the conversations of the future Pope may have been monitored”, but provided no hard evidence or quoted sources for the claim.

Archbishop Bergoglio was of interest to US diplomats and intelligence agencies as far back as 2005, when he was mentioned as a possible candidate for the papacy after the death of John Paul II.

According to US State Department cables released by WikiLeaks in March this year, the US embassy to the Holy See drew up a profile of him, describing him as a “wise pastor” who had been praised for his “humility”.

Brent Hardt, the embassy’s charge d’affaires, discussed the future Pope as one of 16 possible candidates, noting that he “has been reluctant to accept honours or hold high office and commutes to work on a bus.”

The US agency also intercepted telephone calls relating to the selection of a new head of the scandal-ridden Vatican bank, Panorama said.

The NSA was also reportedly interested in intercepting communications relating to the 2012 Vatileaks scandal, in which Paolo Gabriele, Benedict’s butler, was caught stealing sensitive documents which lifted the lid on power struggles and alleged corruption at the heart of the Holy See.

Asked about the espionage claims, Federico Lombardi, the Vatican’s spokesman, said: “We have heard nothing of this and in any case we have no concerns about it.”

The American embassy to the Holy See referred queries to the State Department in Washington.

Leaks by Edward Snowden, the fugitive former US intelligence operative who has been granted asylum in Russia, have suggested the NSA conducted extensive spying on several European countries in addition to Italy, including Spain, France and Germany.

The revelations have seriously strained relations between the US and its European allies and trade partners.

Separately, reports claimed on Wednesday that the NSA secretly tapped into the main communications links that connect Yahoo and Google data centres around the world, enabling it to collect information from hundreds of millions of user accounts.

The NSA’s “acquisitions directorate” sends millions of records every day from Yahoo and Google networks to data warehouses at the agency’s headquarters at Fort Meade in Maryland, according to The Washington Post.

It then analyses the information it gathers with a project called MUSCULAR, which is operated jointly with GCHQ, its British counterpart.

In a statement, Google said it was “troubled by allegations of the government intercepting traffic between our data centres, and we are not aware of this activity.”

A Yahoo spokesman said: “We have strict controls in place to protect the security of our data centres, and we have not given access to our data centres to the NSA or to any other government agency.”

Gen Keith Alexander, the NSA director, dismissed the report, saying the NSA is “not authorised” to do this and instead must go through a court process”.