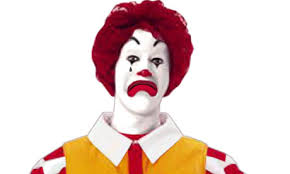 Seeking to increase pressure on McDonald’s, Wendy’s and other fast-food restaurants, organizers of a movement demanding a $15-an-hour wage for fast-food workers say they will sponsor one-day strikes in 100 cities on Thursday and protest activities in 100 additional cities.

As the movement struggles to find pressure points in its quest for substantially higher wages for workers, organizers said strikes were planned for the first time in cities like Charleston, S.C.; Providence, R.I.; and Pittsburgh.

The protests have expanded greatly since November 2012, when 200 fast-food workers engaged in a one-day strike at more than 20 restaurants in New York City, the first such walkout in the history of the nation’s fast-food industry.

“There’s been pretty huge growth in one year,” said Kendall Fells, one of the movement’s main organizers. “People understand that a one-day strike is not going to get them there. They understand that this needs to continue to grow.”

The movement, which includes the groups Fast Food Forward and Fight for 15, is part of a growing union-backed effort by low-paid workers — including many Walmart workers and workers for federal contractors — that seeks to focus attention on what the groups say are inadequate wages. The fast-food effort is backed by the Service Employees International Union and is also demanding that restaurants allow workers to unionize without the threat of retaliation.

Officials with the National Restaurant Association have said the one-day strikes are publicity stunts. They warn that increasing pay to $15 an hour when the federal minimum wage is $7.25 would cause restaurants to rely more on automation and hire fewer workers. Industry officials say that only a small percentage of fast-food jobs pay the minimum wage and that those are largely entry-level jobs for workers under 25.

Backers of the movement for higher pay point to studies saying that the average age of fast-food workers is 29 and that more than one-fourth are parents raising children.

Simon Rojas, who earns $8.07 an hour working at a McDonald’s in South Central Los Angeles, said he would join Thursday’s one-day strike. “It’s very difficult to live off $8.07 an hour,” said Mr. Rojas, 23, noting that he is often assigned just 20 or 25 hours of work a week. “I have to live with my parents. I would like to be able to afford a car and an apartment.”

Mr. Rojas said he had studied for a pharmacy technician’s certificate, but he had been unable to save the $100 needed to apply for a license.

On Aug. 29, fast-food strikes took place in more than 50 cities. This week’s expanded protests will be joined by numerous community, faith and student groups, including USAction and United Students against Sweatshops.

Vaccine Deaths
~At Least 3 Children Die and 120 Hospitalized in Vietnam After Receiving Pfizer COVID-19 Vaccine – 4 Adults Die from Vero Cell Covid Vaccine~Neocon WashPo Editor Who Trashed Anti-Vaxxers Dies Of ‘Sudden Cardiac Arrest’~The first batch of FOIA documents released by the FDA about Pfizer’s covid vaccines shows 1,223 DEATHS already reported in early February 2021~Children are the Faultline in the Covid Vaccine Narrative that Exposes the Fraud~Italy Holds “March of the Vaccine Dead” to Commemorate those Who Died from The COVID-19 Vaccines