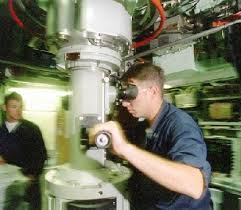 A parking ticket, traffic citation or involvement in a minor fender-bender are enough to get a person’s name and other personal information logged into a massive, obscure federal database run by the U.S. military.

The Law Enforcement Information Exchange, or LinX, has already amassed 506.3 million law enforcement records ranging from criminal histories and arrest reports to field information cards filled out by cops on the beat even when no crime has occurred.

LinX is a national information-sharing hub for federal, state and local law enforcement agencies. It is run by the Naval Criminal Investigative Service, raising concerns among some military law experts that putting such detailed data about ordinary citizens in the hands of military officials crosses the line that generally prohibits the armed forces from conducting civilian law enforcement operations.

Those fears are heightened by recent disclosures of the National Security Agencyspying on Americans, and the CIA allegedly spying on Congress, they say.

“It gives me the willies,” said Fidell, a member of the Defense Department’s Legal Policy Board and a board member of the International Society for Military Law and the Law of War.

Fidell reviewed the Navy’s LinX website at the request of the Washington Examiner to assess the propriety of putting such a powerful database under the control of a military police entity.

“Clearly, it cannot be right that any part of the Navy is collecting traffic citation information,” Fidell said. “This sounds like something from a third-world country, where you have powerful military intelligence watching everybody.”

The military has a history of spying on Americans. The Army did it during the Vietnam War and theAir Force did it after the Sept. 11 terror attacks.

Among the groups subjected to military spying in the name of protecting military facilities fromterrorism was a band of Quakers organizing a peace rally in Florida.

LinX administrators say it is nothing more than an information-sharing network that connects records from participating police departments across the country.

LinX was created in 2003 and put under NCIS, which has counterterrorism and intelligence-gathering missions in addition to responsibility for criminal investigations. LinX was originally supposed to help NCIS protect naval bases from terrorism.

More than 1,300 agencies participate, including The FBI and other Department of Justicedivisions, the Department of Homeland Security and the Pentagon. Police departments along both coasts and in Texas, New Mexico, Alaska and Hawaii are in LinX.

The number of records in the system has mushroomed from about 50 million in 2007 to more than 10 times that number today.

Background checks for gun sales and applications for concealed weapons permits are not included in the system, according to NCIS officials and representatives of major state and local agencies contacted by the Examiner.

The director of NCIS, Andrew Traver, drew stiff opposition from the National Rifle Association afterPresident Obama twice nominated him to be head of the Bureau of Alcohol, Tobacco, Firearms and Explosives.

The nomination failed to go forward in the Senate both times, largely because of what the NRA described as Traver’s advocacy for stricter gun laws.

He became NCIS director in October.

NCIS officials could not say how much has been spent on LinX since it was created 2003. They provided figures since the 2008 fiscal year totaling $42.3 million. Older records are not available from NCIS.

Incomplete data from USAspending.gov shows at least $7.2 million more was spent between 2003 and 2008. The actual figure is probably much higher, since the spending listed on the disclosure site only totals $23 million since 2003.

More detailed narratives and things like radio dispatch logs and pawn shop records don’t show up in those databases, but are available in LinX, he said.

Participating agencies must feed their information into the federal data warehouse and electronically update it daily in return for access.

Why LinX wound up in the NCIS, a military law enforcement agency, is not clear. Current NCIS officials could not explain the reasoning, other than to say it grew out of the department’s need for access to law enforcement records relevant to criminal investigations.

A 2008 investigation into the removal of nine U.S. attorneys during the George W. Bushadministration found that an overly aggressive push for DOJ to embrace LinX led to the firing of John McKay, then the U.S. attorney for western Washington state.

A DOJ inspector general’s report said McKay developed the initiative with NCIS officials, and that NCIS agreed to fund it.

Neither McKay nor David Brant, head of NCIS at the time, could be reached for comment.

The FBI, a DOJ entity, has since built its own system similar to LinX, called the National Data Exchange or N-Dex.

The systems are connected, and much of the information in N-Dex comes from LinX, said Christopher Cote, assistant director for information technology at NCIS.

Putting the military in control of so much information about civilians is what makes people like Fidell nervous.

Americans have distrusted the use of the military for civilian law enforcement since before theRevolutionary War, he said.

Since the passage of the Posse Comitatus Act of 1878, it has been illegal for the military to engage in domestic law enforcement except in limited circumstances, such as quelling insurrections.

The limits in the law were largely undefined for almost a century. In 1973, the Army provided logistical support for FBI agents trying to break the standoff with American Indian Movement militants at Wounded Knee, S.D.

Several criminal defendants later argued the use of the military was illegal under Posse Comitatus.

Ensuing court decisions decreed that using the military for direct policing, such as making arrests or conducting searches, was illegal and should be left to civilian departments. Providing logistical support, equipment and information are allowed.

Since then, the law has been loosened to allow limited military participation in certain large-scale anti-drug investigations.

Aside from the legal issues is the problem of “mission creep,” said Gene Healy, vice president of the Cato Institute and an Examiner columnist, who has written about the overreach of the military in civilian law enforcement.

What begins as a well-meaning and limited effort to assist local police can grow into a powerful threat to constitutional protections, Healy said.

A recent example of mission-creep gone awry is the Threat And Local Observation Notice, or TALON, program created by the Air Force at the same time LinX was launched.

Like LinX, TALON’s purpose was to create a network for information-sharing among federal, state and local police agencies that could be used to help protect military facilities.

In 2005, media reports showed TALON was being used to spy on anti-war groups, including the Quakers. TALON was disbanded in 2007.

“The history of these programs is that they tend to metastasize and that there is mission creep that involves gathering far more information than is needed,” said Healy.

“In general, what you see in these programs is they start out very narrow and they expand beyond the limits of their original logic. Repeatedly throughout American history, what starts small becomes larger, more intrusive, more troubling,” he said.

LinX can only be used for law enforcement purposes, though intelligence and counter-terror officers at NCIS do have access to the system, Cote said. TALON was primarily an intelligence-gathering network.

The rules governing LinX are almost identical to those controlling other federal databases run by the FBI, he said.

While NCIS is a military police unit, its agents are civilian employees equivalent to those at the FBI and other federal agencies, said NCIS spokesman Ed Buice.

While there are limits on military enforcement of civilian laws, it is allowed if it is done “primarily for a military purpose,” which is how NCIS uses the system, Buice said.

Before LinX was launched, NCIS briefed representatives of the ACLU, “who didn’t even blink,” he added.

Chris Calabrese, legislative counsel for the ACLU, said he doesn’t know who, if anyone, in the organization would have told the Navy that LinX raised no concerns.

Calabrese was not particularly troubled about LinX being run by the military, though he did question why it is necessary since most of the same information is available in the FBI’s N-Dex database.

Generally, the ACLU recognizes the need for police to collect and share information about criminal activity — things like felony histories and outstanding warrants.

Civil libertarians get more concerned as more trivial information on average citizens is collected under the guise of protecting the public, especially absent some reasonable suspicion that a crime has been committed, he said.

Pawn shop records and parking tickets are that kind of questionable information.

“To me, that may be where you are starting to cross the line on mass collection of information on innocent people just because you can,” Calabrese said.

“We live now in a world of records where everything we do is generating a record. So the standard can’t be, ‘We have to keep it all because it might be useful for something some day.’ The rationale has to be more finely tuned than that,” he said.