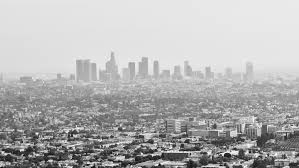 A shallow magnitude 4.1 earthquake was reported Saturday afternoon one mile from Rowland Heights, according to the U.S. Geological Survey. The temblor occurred at 2:32 p.m. at a depth of 5.6 miles. (It was originally reported as a 4.4 magnitude.)

The quake was centered not far from the epicenter of Friday’s 5.1 temblor in La Habra. There have been more than a hundred aftershocks since then, but this one was the largest.

Saturday’s quake was felt across a large area of Southern California. There were no immediate reports of damage or injuries.

Across Northern Orange County, officials were tallying moderate damage from Friday’s quake. Much of the damage was in La Habra, Fullerton and Brea.

In the middle of the intersection of Gilbert Street and Rosecrans in Fullerton, a crew armed with shovels, earth movers and massive stainless steel water main clamps labored in a 12-by-20-foot hole eight feet under the pavement.

“We have five leaks as big as this one in this area alone,” worker Ed McClain said. “None of us slept a wink last night. We’ll keep going until these problems are fixed.”

Swaths of Gilbert Street had also been undermined by gushing water, leaving bowl-shaped depressions in the roadway.

Among those left high and dry was Sarah Lee, director of a nearby college preparatory business.

“Let me show you what we’re dealing with,” she said, turning the handle of the bathroom sink faucet. “Nothing.”

Lee then tapped the toilet handle and frowned: “Nothing.”

In the nearby community of Brea, which is served by the Fullerton Fire Department, a broken water main caused “moderate to heavy damage” at City Hall, said Fullerton fire Battalion Chief John Stokes.

In all, more than 70 people remained displaced at midday Saturday — 54 of them from an apartment complex in the 2600 block of Associated Road where 20 units were red-tagged after the building suffered a cracked foundation, Stokes said.

Cracks of up to 2 inches wide could be seen extending roughly 30 feet into the property and building.