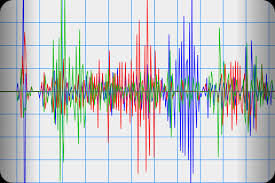 SANTIAGO, Chile (AP) — A powerful magnitude-8.2 earthquake struck off Chile’s northern coast Tuesday night, causing landslides and setting off a tsunami that forced an evacuation of coastal areas. There were no immediate reports of injuries or major damage, but buildings shook in nearby Peru and in Bolivia’s high altitude capital of La Paz.

The U.S. Geological Survey initially reported the quake at 8.0, but later upgraded the magnitude. It said the quake struck 61 miles (99 kilometers) northwest of the Chilean city of Iquique at 8:46 p.m., hitting a region that has been rocked by numerous quakes over the past two weeks. Aftershocks followed, including a magnitude-6.2 tremor and a 5.5 quake.

Coastal residents of northern Chile evacuated calmly as waves measuring almost 2 meters (6 1/2 feet) struck ahead of a tsunami that was expected to come ashore later. The Pacific Tsunami Warning Center issued an alert for all of Latin America’s Pacific coast. Chile’s Emergency Office said a large tsunami wave was expected to hit Robinson Crusoe island and others in the Juan Fernandez archipelago just before midnight local time.

Chile’s emergency service reported some roads blocked by landslides caused by the quake, but said no injuries had been reported so far.

An official at Peru’s civil defense office said evacuations were underway on that country’s coast. The official, who did not give her name, said there were no immediate reports of damage. Police officer Alejandro Rosado in a Tacna, a Peruvian town near the coast, said no damage or injuries had been reported there.

Chile is one of the world’s most earthquake-prone countries. A magnitude-8.8 quake and ensuing tsunami in central Chile in 2010 killed more than 500 people, destroyed 220,000 homes, and washed away docks, riverfronts and seaside resorts.

The strongest earthquake ever recorded on Earth also happened in Chile – a magnitude-9.5 tremor in 1960 that killed more than 5,000 people.

Hundreds of earthquakes have shaken Chile’s far-northern coast in the past two weeks, keeping people on edge as scientists said there was no way to tell if the unusual string of tremors was a harbinger of an impending disaster.

The unnerving activity began with a strong magnitude-6.7 quake on March 16 that caused more than 100,000 people to briefly evacuate low-lying areas, although no tsunami materialized and there was little physical damage from the shaking.