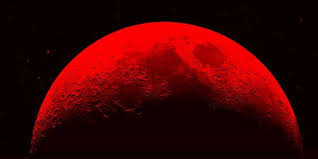 Four complete lunar eclipses will appear in the sky starting on April 15. Pastor John Hagee, of Texas’ Cornerstone Church, believes God is trying to communicate with humans through these celestial signs.

Four lunar eclipses are set to blaze in the sky starting on April 15. The eclipses will occur in roughly six-month intervals until October 2015. The blood moons fall on Passover and during the Feast of Tabernacles.

The heavens are putting on a celestial show next week — and one Christian pastor is convinced it’s a sign from God.

Bestselling author and televangelist Pastor John Hagee claims the four blood moons that will soon appear in the skies over America are evidence of a future “world-shaking event.”

The blood moons are part of a tetrad, a set of complete and consecutive lunar eclipses that will begin on April 15 and continue in roughly six-month intervals until October 2015.

According to NASA, seeing four complete lunar eclipses in a row is very rare. The skies were tetrad-free from 1600 to 1900. But in the 21st century, there will be many.

What’s even stranger is that Americans have a front row seat.

“The most unique thing about the 2014-2015 tetrad is that all of them are visible for all or parts of the USA,” NASA eclipse expert Fred Espenak told CNN.

Hagee, founder of Texas’ Cornerstone Church, thinks this is no coincidence. For him, it’s a sign of the end times.

The 73-year-old preacher has been preparing for the tetrad for years. He released a book about the blood moons last October and will go in depth about his speculations during a special TV event on April 15 on the Global Evangelism Television channel.

He points to Acts 2:19-20, which reads, “And I will show wonders in Heaven above and signs in the Earth beneath, the sun shall be turned into darkness and the moon into blood before the coming of the great and awesome day of the Lord.”

In sermons to his flock, Hagee said that each of the blood moons happens on a religiously significant day.

For proof of his theory, Hagee finds connections between past tetrads and important events in the life of the Jewish people.

In 1493, a tetrad occurred while the Jews were being expelled from Spain. Another tetrad occurred in 1949, soon after the state of Israel was founded. The last tetrad happened in 1967, during the Six-Day War between Arabs and Israelis.

“Just as in biblical times, God is controlling the sun, the moon, and the stars to send our generation a signal that something big is about to happen. The question is: Are we watching and listening to His message?” Hagee writes in his book.

The pastor has sparked controversy in the past for comments he’s made about a wide range of topics — from homosexuality to Islam.

In 2008, Hagee was criticized for suggesting that Hurricane Katrina was a result of God’s wrath toward the city of New Orleans for planning a rally for gays and lesbians.