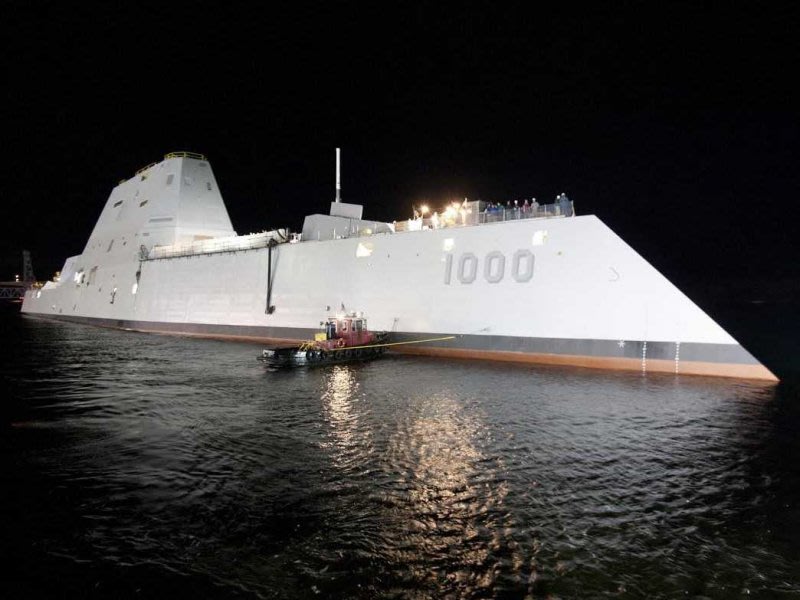 The U.S. Navy christens the USS Zumwalt on Saturday, a $7 billion stealth destroyer that hosts an incredible array of capabilities not seen in any other ship in the fleet.

Built by General Dynamics, the Zumwalt DDG-1000 will be the Navy’s largest destroyer — replacing the agingSpruance-class destroyers that had already been decommissioned — with technology onboard for targeting submarines, defeating minefields, and obliterating shore defenses with low-altitude missiles that evade radar, artillery, and even an electromagnetic rail gun, which is currently in testing.

“The christening of the future USS Zumwalt represents the beginning of another era of service for this great name,” said Secretary of the Navy Ray Mabus in a statement. “Just as Admiral Elmo R. “Bud” Zumwalt helped shape our nation’s Navy as the 19th chief of naval operations, DDG-1000 will help shape the future of surface combatants.”

The destroyer “carries technologies that will benefit the Navy for years to come, most notably its Total Ship Computing Environment — a single, secure network that controls everything from radars to weapons,” said a spokesperson for Raytheon in an email.

While the ship has a mission center — the standard “bridge” that most ships have — with state-of-the art consoles and communications equipment, the Zumwalt is unique in having secure networking that allows the ship’s captain to control all manner of systems from anywhere on board. 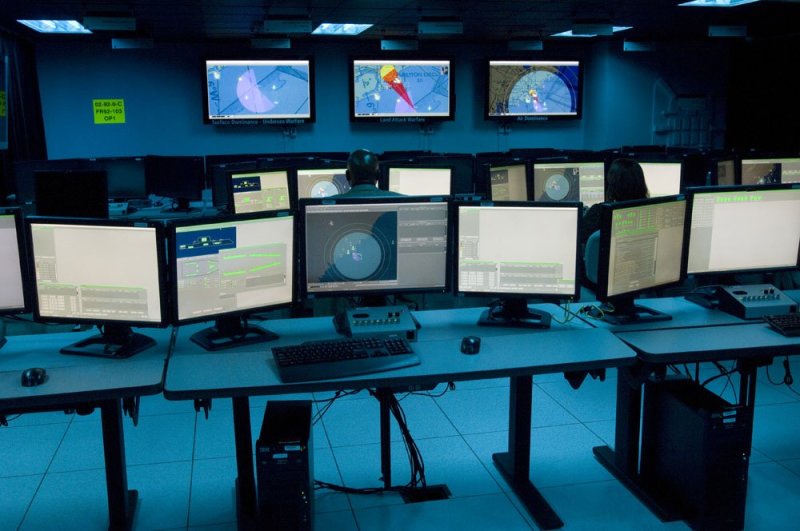 What can it do?

The ship is basically a Swiss-army knife for missions of the future, as it’s tailored for sustained operations against targets at sea or on land, support of special operations forces, and has enough power and tech on board to drop in systems the Navy is still testing — like laser weapons, rail guns, and advanced radar tracking for ballistic missiles.

It’s also virtually invisible in the water. Its futuristic lines serve to maintain its stealth, as the ship would be seen on an enemy radar screen as nothing more than a small fishing boat. It also has Raytheon’s Integrated Undersea Warfare sonar, a sophisticated suite of sensors for anti-submarine and torpedo defense.

Computers and automated systems also mean less crew onboard. A typical Arleigh-Burke class destroyer requires 210 sailors, but the Zumwalt requires only 130 to operate it, plus another 28 for aviation operations (the ship has a helipad large enough for two helicopters or one helicopter and a vertical takeoff drone).

If the systems onboard don’t convince you of its futuristic qualities, the man in charge of the ship may do it. The skipper of the Zumwalt will be none other than a real-life Capt. James Kirk ,  although he’s of no relation to the fictional Kirk of “Star Trek” fame.

Of course all this high-tech gear doesn’t come cheap: The original cost estimate was pegged at about $3.8 billion, but that goes up to $7 billion when factoring in research and development — a problem that forced the Navy to cut its order from 32 of these ship types to just three.

Still, the Zumwalt will no doubt be the most technologically advanced and lethal warship on the water once it finally leaves port, and its reduced crew and extensive automation systems actually reduce operating costs.

The ship is due for final delivery to the Navy later this year, where it will then undergo testing and trials until becoming operational around 2016.