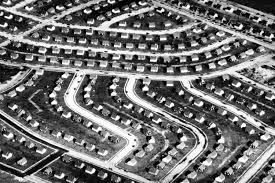 The American middle class, long the most affluent in the world, has lost that distinction.

While the wealthiest Americans are outpacing many of their global peers, a New York Times analysis shows that across the lower- and middle-income tiers, citizens of other advanced countries have received considerably larger raises over the last three decades.

After-tax middle-class incomes in Canada — substantially behind in 2000 — now appear to be higher than in the United States. The poor in much of Europe earn more than poor Americans.

The numbers, based on surveys conducted over the past 35 years, offer some of the most detailed publicly available comparisons for different income groups in different countries over time. They suggest that most American families are paying a steep price for high and rising income inequality.

Although economic growth in the United States continues to be as strong as in many other countries, or stronger, a small percentage of American households is fully benefiting from it. Median income in Canada pulled into a tie with median United States income in 2010 and has most likely surpassed it since then. Median incomes in Western European countries still trail those in the United States, but the gap in several — including Britain, the Netherlands and Sweden — is much smaller than it was a decade ago.

In European countries hit hardest by recent financial crises, such as Greece and Portugal, incomes have of course fallen sharply in recent years.

The income data were compiled by LIS, a group that maintains the Luxembourg Income Study Database. The numbers were analyzed by researchers at LIS and by The Upshot, a New York Times website covering policy and politics, and reviewed by outside academic economists.

The struggles of the poor in the United States are even starker than those of the middle class. A family at the 20th percentile of the income distribution in this country makes significantly less money than a similar family in Canada, Sweden, Norway, Finland or the Netherlands. Thirty-five years ago, the reverse was true.

LIS counts after-tax cash income from salaries, interest and stock dividends, among other sources, as well as direct government benefits such as tax credits.

The findings are striking because the most commonly cited economic statistics — such as per capita gross domestic product — continue to show that the United States has maintained its lead as the world’s richest large country. But those numbers are averages, which do not capture the distribution of income. With a big share of recent income gains in this country flowing to a relatively small slice of high-earning households, most Americans are not keeping pace with their counterparts around the world.

“The idea that the median American has so much more income than the middle class in all other parts of the world is not true these days,” saidLawrence Katz, a Harvard economist who is not associated with LIS. “In 1960, we were massively richer than anyone else. In 1980, we were richer. In the 1990s, we were still richer.”

That is no longer the case, Professor Katz added.

Three broad factors appear to be driving much of the weak income performance in the United States. First, educational attainment in the United States has risen far more slowly than in much of the industrialized world over the last three decades, making it harder for the American economy to maintain its share of highly skilled, well-paying jobs.

Americans between the ages of 55 and 65 have literacy, numeracy and technology skills that are above average relative to 55- to 65-year-olds in rest of the industrialized world, according to a recent study by the Organization for Economic Cooperation and Development, an international group. Younger Americans, though, are not keeping pace: Those between 16 and 24 rank near the bottom among rich countries, well behind their counterparts in Canada, Australia, Japan and Scandinavia and close to those in Italy and Spain.

A second factor is that companies in the United States economy distribute a smaller share of their bounty to the middle class and poor than similar companies elsewhere. Top executives make substantially more money in the United States than in other wealthy countries. The minimum wage is lower. Labor unions are weaker.

And because the total bounty produced by the American economy has not been growing substantially faster here in recent decades than in Canada or Western Europe, most American workers are left receiving meager raises.

Whatever the causes, the stagnation of income has left many Americansdissatisfied with the state of the country. Only about 30 percent of people believe the country is headed in the right direction, polls show.

“Things are pretty flat,” said Kathy Washburn, 59, of Mount Vernon, Iowa, who earns $33,000 at an Ace Hardware store, where she has worked for 23 years. “You have mostly lower level and high and not a lot in between. People need to start in between to work their way up.”

Middle-class families in other countries are obviously not without worries — some common around the world and some specific to their countries. In many parts of Europe, as in the United States, parents of young children wonder how they will pay for college, and many believe their parents enjoyed more rapidly rising living standards than they do. In Canada, people complain about the costs of modern life, from college to monthly phone and Internet bills. Unemployment is a concern almost everywhere.

But both opinion surveys and interviews suggest that the public mood in Canada and Northern Europe is less sour than in the United States today.

“The crisis had no effect on our lives,” Jonas Frojelin, 37, a Swedish firefighter, said, referring to the global financial crisis that began in 2007. He lives with his wife, Malin, a nurse, in a seaside town a half-hour drive from Gothenburg, Sweden’s second-largest city.

They each have five weeks of vacation and comprehensive health benefits. They benefited from almost three years of paid leave, between them, after their children, now 3 and 6 years old, were born. Today, the children attend a subsidized child-care center that costs about 3 percent of the Frojelins’ income.

Even with a large welfare state in Sweden, per capita G.D.P. there has grown more quickly than in the United States over almost any extended recent period — a decade, 20 years, 30 years. Sharp increases in the number of college graduates in Sweden, allowing for the growth of high-skill jobs, has played an important role.

Elsewhere in Europe, economic growth has been slower in the last few years than in the United States, as the Continent has struggled to escape the financial crisis. But incomes for most families in Sweden and several other Northern European countries have still outpaced those in the United States, where much of the fruits of recent economic growth have flowed into corporate profits or top incomes.

This pattern suggests that future data gathered by LIS are likely to show similar trends to those through 2010.

There does not appear to be any other publicly available data that allows for the comparisons that the LIS data makes possible. But two other sources lead to broadly similar conclusions.

A Gallup survey conducted between 2006 and 2012 showed the United States and Canada with nearly identical per capita median income (and Scandinavia with higher income). And tax records collected by Thomas Piketty and other economists suggest that the United States no longer has the highest average income among the bottom 90 percent of earners.

One large European country where income has stagnated over the past 15 years is Germany, according to the LIS data. Policy makers in Germany have taken a series of steps to hold down the cost of exports, including restraining wage growth.

Even in Germany, though, the poor have fared better than in the United States, where per capita income has declined between 2000 and 2010 at the 40th percentile, as well as at the 30th, 20th, 10th and 5th.