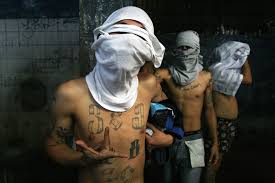 Border Patrol officials are swamped by the number of minors crossing illegally into the United States and frustrated that they can’t turn away known Mexican gang members.

Chris Cabrera, vice president of the National Border Patrol Council Local 3307 in the Rio Grande Valley, said that confirmed gang members in Mexico — including those from Mara Salvatrucha (MS-13) — are coming into the country to be reunited with their families, National Review reported Friday.

He said that the only way to solve the problem was to implement harsher restrictions on who can be allowed to cross.

“Until we start mandatory detentions, mandatory removals, I don’t think anything is going to change. As a matter of fact, I think it’s going to get worse,” he said, National Review reported.

Other Border Patrol officials said that officers must treat minors with gang-affiliated tattoos the same as anybody else wishing to cross the border.

“It’s upsetting that a lot of them are 16 pr 17 years old and a lot of them are not going to face deportation,” said Art Del Cueto, president of the National Border Patrol Council Local 2544 in Tucson, Ariz, National Review reported.

Mr. Cabrera told the news agency that the Rio Grande Valley location has nine stations. The largest facility is in McAllen, Texas, with a capacity of 275 people. Its agents sees between 700 and 1,500 people daily.

One thought on “OBAMA OPENS BORDERS TO MEXICAN GANG MEMBERS”