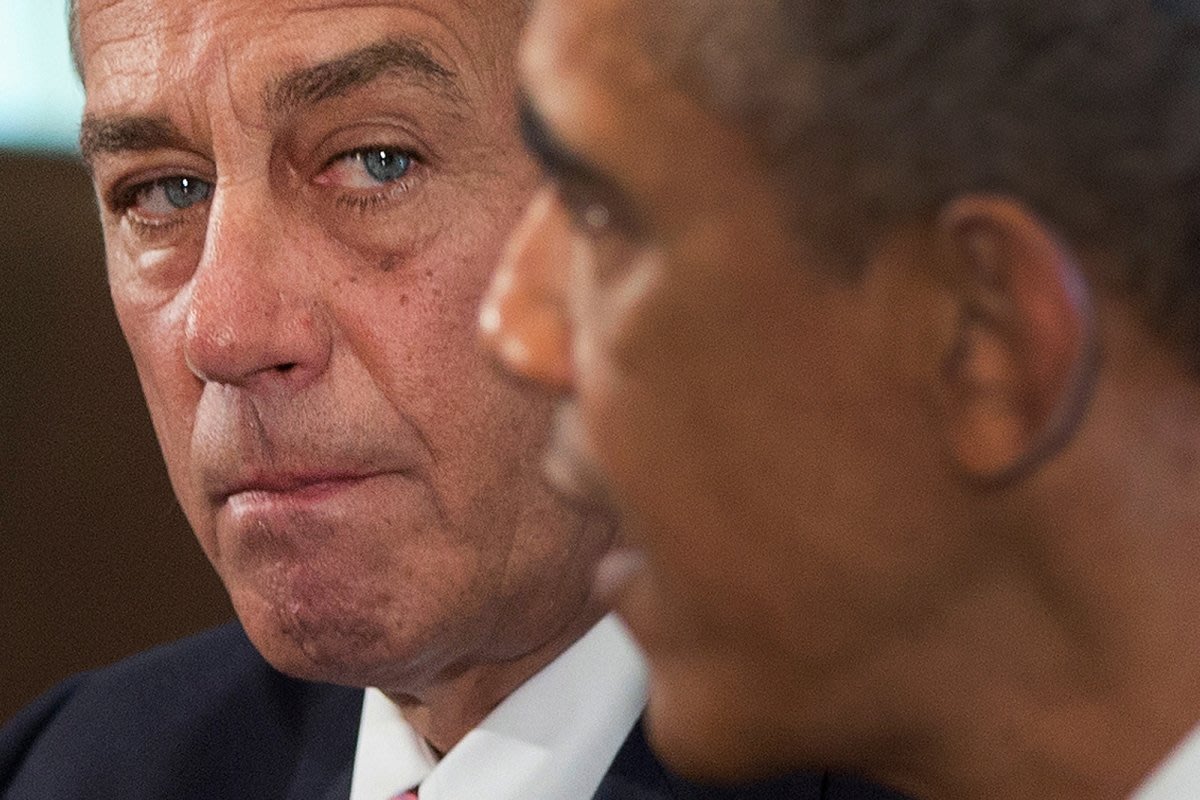 House Speaker John Boehner could file a lawsuit against President Barack Obama in days, in an attempt to challenge the administration’s heavy use of executive actions to further its agenda.

Roll Call’s Daniel Newhause reports Boehner told House Republicans during a closed-door meeting on Tuesday he could have an announcement in the coming days on whether he will mount the legal challenge. According to the report, he has been “consulting with legal scholars” ahead of his next move.

Boehner’s office confirmed the Roll Call story, but declined to comment on whether specific executive actions would be targeted. Any legal action by Boehner would be a significant and somewhat unprecedented challenge to executive power.

Obama, however, has given House Republicans plenty of potential material. He has made 2014 a self-proclaimed “year of action,” issuing executive orders on everything from the minimum wage to federal pay discrimination. Perhaps the most controversial administrative-only move this year came in the form of newly announced regulations from the Environmental Protection Agency on carbon emissions.

In March, the House passed a bill to speed up potential lawsuits against the president. But the Senate has failed to take up that bill, along with others passed by the House that target Obama’s executive actions. Boehner spokesman Michael Steel said the Senate’s failure forced the House to examine other options.

“The president has a clear record of ignoring the American people’s elected representatives and exceeding his constitutional authority, which has dangerous implications for both our system of government and our economy,” Boehner spokesman Michael Steel said in a statement.