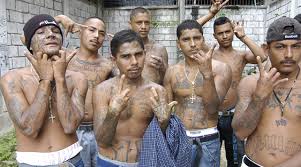 McALLEN, Texas – In an exclusive interview with WND and Rep. Steve Stockman, R-Texas, a 13-year Border Patrol veteran revealed many in the recent surge of illegal immigrants, including unaccompanied minors, are coming prepared to game the U.S. immigration system, even repeating the mantra, “Obama will take care of us.”

“I don’t usually get into the political part of it,” explained Chris Cabrera, now a vice president in the National Border Patrol Council Local 3307, “but I find it odd that their whole thing is, ‘We are going to get amnesty when we get here. Where is my permiso? Where is my permission to go north so I can get my medical care and my schooling and all that? President Obama is going to take care of us and make sure we’re all OK.’

“Whether it’s the adults or the young kids, one thing we consistently hear is, ‘Obama will take care of us,’” he explained.

Does Barack Obama WANT to be impeached? Sound off in the WND Poll.

He also suggested the tens of thousands of unaccompanied minors illegally entering the United States appear to have been coached on what to say when they cross the border.

“The ‘magic words’ are something along the lines of ‘asylum,’ or ‘political asylum’ or to say ‘fighting in my home country,’” Cabrera said. “They know these words … because we can’t send them home because it’s too dangerous back there.”

The only way to stop the flow of illegal immigration and child smuggling across the border, he says, is to eliminate the entitlement mentality with a return to strict, border enforcement.

Cabrera’s comments backed up statements made earlier in the week by U.S. Sen. Jim Inhofe, R-Okla., who told a national TV audience the children were coming through Mexico from Central America by Obama’s “invitation.”

“I think we’re overlooking the obvious here,” Inhofe told MSNBC’s Chuck Todd on Thursday. “I went down and talked to these kids. … These kids were here in this country at the invitation of the president. I think everyone knows it, nobody says it.”

“[Through] his DACA, the Deferred Action for Childhood Arrivals, [Obama] is making it sound as if, ‘Come here, we’ll take care of you,’ and they all believe this,” Ihhofe said. “I talked to them individually, and I speak enough Spanish that I could do this. All of them were programmed to say that they had relatives here, they’re invited to come up here, they’re going to stay here – at the same time the HHS says, ‘We’re not going to send them back.’ So long as they have that assurance, more are coming in.”

Cabrera also confirmed to Stockman an earlier WND story revealing no biometric identification measures are taken on illegal immigrant minors detained at the border, not even fingerprints, allowing them to easily be lost within the U.S. once processed.

“It’s always been a policy within the Border Patrol,” he said. “Those 14 years old or younger are considered children, and no photographs are taken of them and that’s how it’s always been.”

Cabrera continued to explain that the difference today involves the number of unaccompanied minors the Border Patrol is detaining coming across the border illegally.

“We’ve never had the number of unaccompanied children like this crossing the border illegally and just turning themselves in, like we’re seeing now,” he said.

Cabrera also indicated that the paperwork required for each immigrant is “very long and involved” in that takes a Border Patrol agent between two-and-a-half to three hours, sometimes even four hours per person.

“When you start multiplying three hours times 1,200 to 1,500 persons in custody, it’s just overwhelming,” he said. “The McAllen Border Patrol station has hit in the recent past 1,500 a day, and sector-wide, from Rio Grande City to Brownsville, we’ve seen up to 3,500 [immigrants] a day.”

He confirmed FEMA agents are now involved, working with the Border Patrol and Immigration and Customs Enforcement, or ICE, of the Department of Homeland Security to relocate the unaccompanied minors to detention centers.

“Once we finish the processing, the unaccompanied minors are handed over to ICE,” he said. “But now FEMA has stepped in, along with the Americorps young men and women especially working with the younger children. The Coast Guard is assisting too, using some of their aircraft to transport them around the country.”

Cabrera acknowledged a change in policy in which the detained illegal immigrant unaccompanied minors are being shipped out of Border Patrol detention facility in vans, instead of buses, “to keep it under the radar and maintain a lower profile.”

WND inquired where these Central American unaccompanied minors who entered the country illegally were being shipped after they left the Border Patrol facility.

“Previously, four or five years ago, the Border Patrol very heavily scrutinized where detained illegal agents were being sent after being processed by us into the United States,” he explained. “I believe now it’s so crowded and overrun that nobody in the Border Patrol has the time or the resources to do it. Some are taken to another Border Patrol processing center and from there to a detention center. Some are taken to buses and trains and let go, but from there nobody really knows where they go.”

He did indicate that detained, illegal, immigrant, unaccompanied minors have to have some tie to a family member or family friend to be released by ICE into the United States.

“We can’t release a 12-year-old or a 14-year-old on his or her own recognizance, but the checks going into determining how close a relative or even if the person is a relative don’t seem to me to be sufficiently rigorous,” Cabrera said.

He was especially concerned for the children being released into the open population.

“If you are going to release a child, we ought to know if the person we are relying upon is not a pedophile or a criminal,” Cabrera insisted. “You have to be 100-percent sure, because if something happens to this kid, and we released him to that person, we are responsible for it. This is a child. They are emotionally fragile and physically fragile and anything can happen to them.”

Cabrera explained that usually the children coming across the Rio Grande carry with them some written information designed to be handed over to the Border Patrol identifying relatives currently living in the United States.

“Usually they will have all their personal information written on a piece of paper,” he revealed. “They will have a backup in their wallet, or in their shoe, or sewn into their clothes. Some of them will write it on the back of their belt, so they know the information won’t get lost. And when they get apprehended, they know to tell the Border Patrol processing agent, ‘Here, this is where I am going. This is my mother, my father, my brother, my sister,’ so they can call and try to make contact.”

Cabrera acknowledged the difficulty of verifying this personal family information.

“We don’t know who wrote that paper, obviously,” he said. “We have no way of verifying who this supposed family really is, and as a Border Patrol agent, we never even see this person come in because the unaccompanied minor is going to be picked up by that family member in the United States somewhere or other down the line.”

2 thoughts on “‘OBAMA WILL TAKE CARE OF US’”