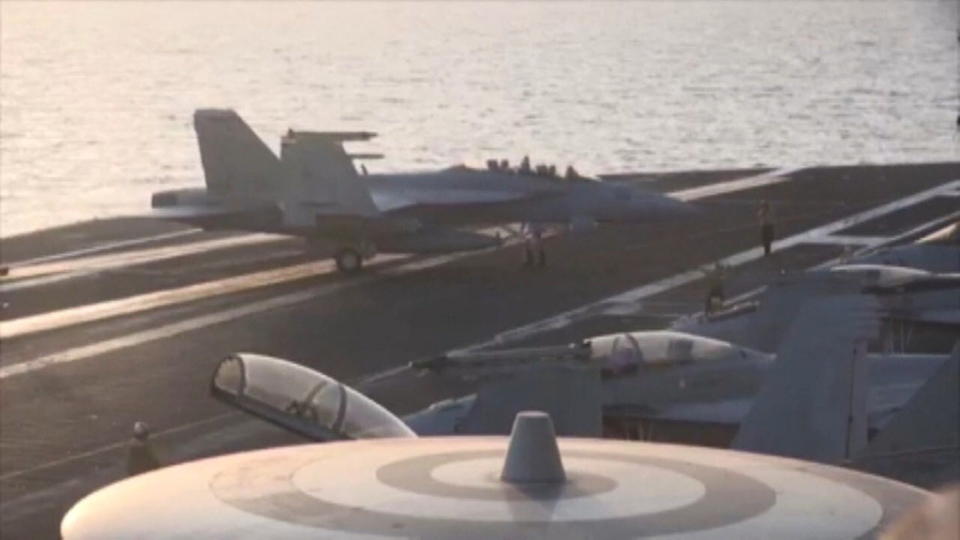 WASHINGTON (AP) — The U.S. military says American jet fighters and drones have conducted four more airstrikes on Islamic militants in Iraq, taking out armored carriers and a truck that were firing on civilians.

Central Command says the strikes near Sinjar were spread out, with three before noon EDT on Saturday (before 1600 GMT) and one about 3 p.m. EDT (1900 GMT).

The military says indications suggest that the strikes were successful in destroying the armored vehicles.

This is the third round of airstrikes against Islamic State forces by the U.S. military since they were authorized by President Barack Obama.

One thought on “US launches 4 airstrikes against Iraqi militants”