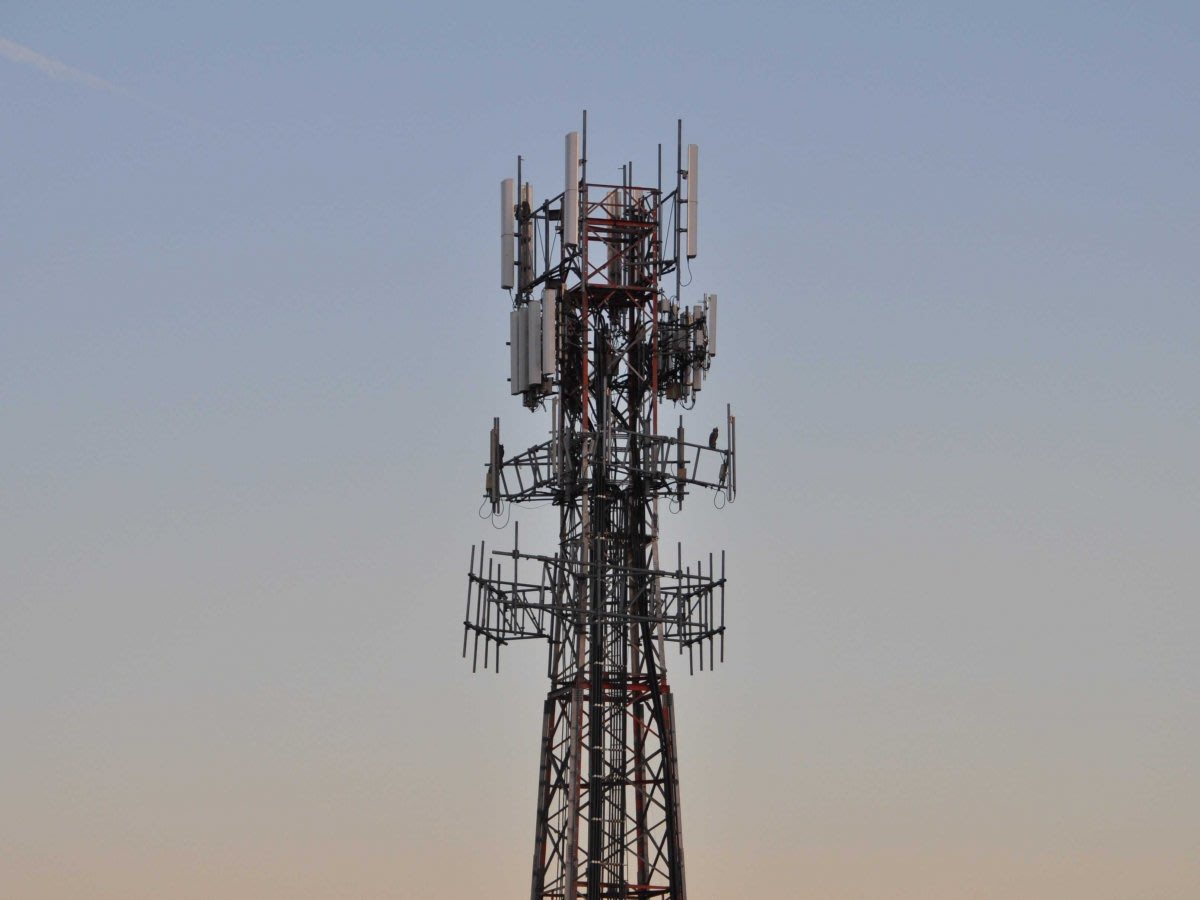 A regular cell tower. Ever since an August report in Popular Science revealed the existence of a series of “Interceptor” cell towers across the US, there’s been a scramble for information on exactly what these mysterious towers actually are. There are suggestions that the cell towers are the work of criminal gangs, a surveillance tool by the FBI, or even that they belong to foreign spies.

Here’s everything we know about the mysterious cell towers so far.

How were the towers first uncovered?

The first news of the mysterious towers came from a press release for a high-end smartphone — they were not uncovered through a research paper or security researcher’s blog as you would normally expect.

According to Popular Science , a map of the “Interceptor” cell towers was published by retailer  ESD America as an  example of “what the CryptoPhone can do that less expensive competitors cannot.”  The  GSMK Cryptophone 500 is a heavily-modified Samsung Galaxy SIII  that is marketed as a secure alternative to normal mobile phones with a costs upwards of $3,500.

ESD America has been the source for every story about the fake cell towers, gradually releasing details of the towers as the phone’s owners discover new locations.

How can a fake cell phone tower be used to intercept your call?

If your phone connects to a fake cell tower, whoever operates the device can listen to your calls, intercept your text messages, and send fake text messages to your phone. It’s also possible to monitor and track the physical location of a mobile phone using a hacked cell tower, meaning that so-called “Interceptor” towers can be used to follow people as they travel in the area of the cell tower.

There are two different types of “Interceptor” devices:

Fake cell phone towers are a big problem in China, where it’s common for scammers to use these devices to trick people into handing over their credit card details,  according to a report on The Verge . Cell phones automatically connect to the strongest available signal, meaning that it’s easy for criminals to gain access to cell phones and send fake messages requesting card information if they’re close to a target cell phone. According to Chinese security company Qihoo Security, there are over 13 million of these fake messages sent every single day in China.

How many fake cell towers are there?

ESD CEO Goldsmith provided Popular Science with a map, shown below, pinpointing the locations of 19 mysterious cell towers, which he claims were discovered by his customers.

In the weeks following Popular Science’s unveiling of the initial map, Goldsmith has added more locations to the map, bringing the total number of discovered cell towers to around 45. 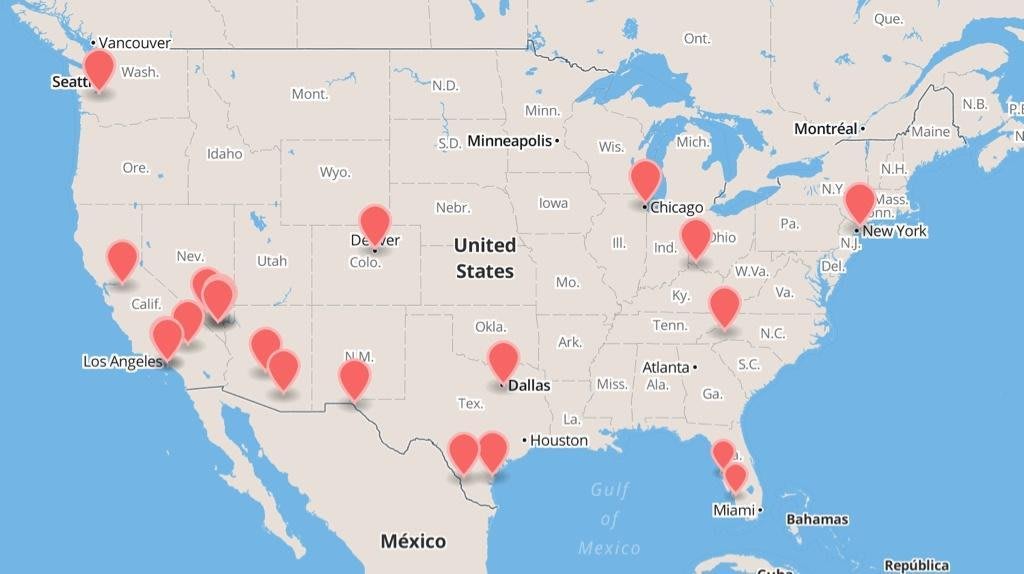 The map below from ESD America, published by VentureBeat, claims to show “Interceptor” cell towers in Washington, DC: 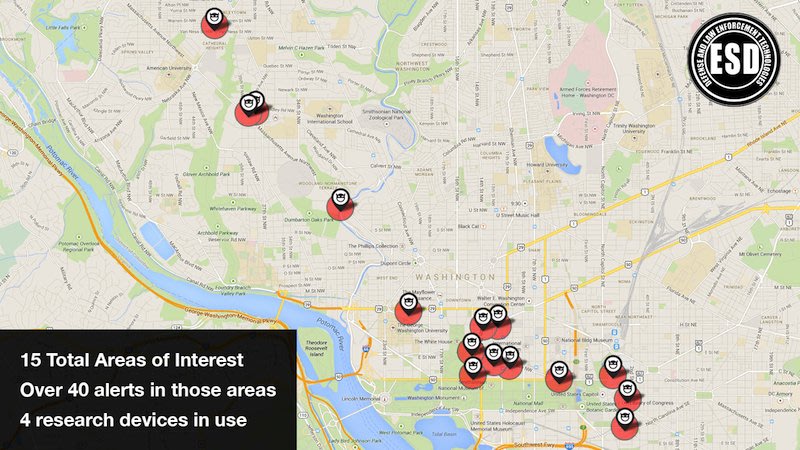 ESD America Who runs the towers?

There hasn’t been any confirmation on who actually owns and operates the fake cell towers. But that hasn’t stopped people from guessing…

One of the likeliest theories behind the fake cell towers is that they’re used by criminal gangs to send spam text messages en masse to American citizens. This is a long-established practice in China, so it’s possible that it also goes on in America.

It has been speculated that the “Interceptor” towers are part of a new surveillance network used by local police forces to keep track of citizens and possibly even spy on their phone calls. This isn’t an outlandish theory, as American police forces are already known to use “Stingray” technology to track cellphones. These devices mimic cell towers to connect to cell phones and relay their information to the operator of the Stringray device.

It’s been speculated that foreign governments have formed this network of fake cell towers across America in order to track cellphone location and intercept calls. Is this possible? Yes. But it’s not likely. If, for example, Russia or China were to embark upon a campaign of mass surveillance against American citizens, they probably wouldn’t use unsophisticated technology that can be discovered by a modified Samsung Galaxy SIII.

Every time there’s talk of someone spying on our phone calls, the blame is usually placed on the NSA or another government surveillance institution. This is one of the less plausible theories, although  the government already has access to our calls through agreements with carrier networks, wiretaps, and court orders.

Do the fake towers really exist, or is this just a marketing campaign?

The cell towers almost certainly exist, but they’re probably not part of a foreign spying ring, as the CEO of the company who sells the ultra-secure phones suggests.

In an interview with VentureBeat, Goldsmith gave his opinion on the cell towers. He remarked, bizarrely: “My suspicion is that it is a foreign entity.” As proof of his claim, Goldsmith reveals that an Interceptor was located near Embassy Row in Washington, DC, a street that includes the American embassies of nations such as Russia.

Conveniently, Goldsmith’s opinion served to bring the cell towers back into the spotlight, as the idea that a foreign government is using fake cell towers to spy on Americans is a terrifying prospect. But it’s also incredibly unlikely.

Ultimately, there are no photographs of the towers and ESD America has not released the exact location of any Interceptor devices. Instead, the company has released a handful of maps and given interviews to the press about them. ESD America’s Facebook Page has turned into a media center for the cell towers, teasing upcoming reveals of more cell towers.