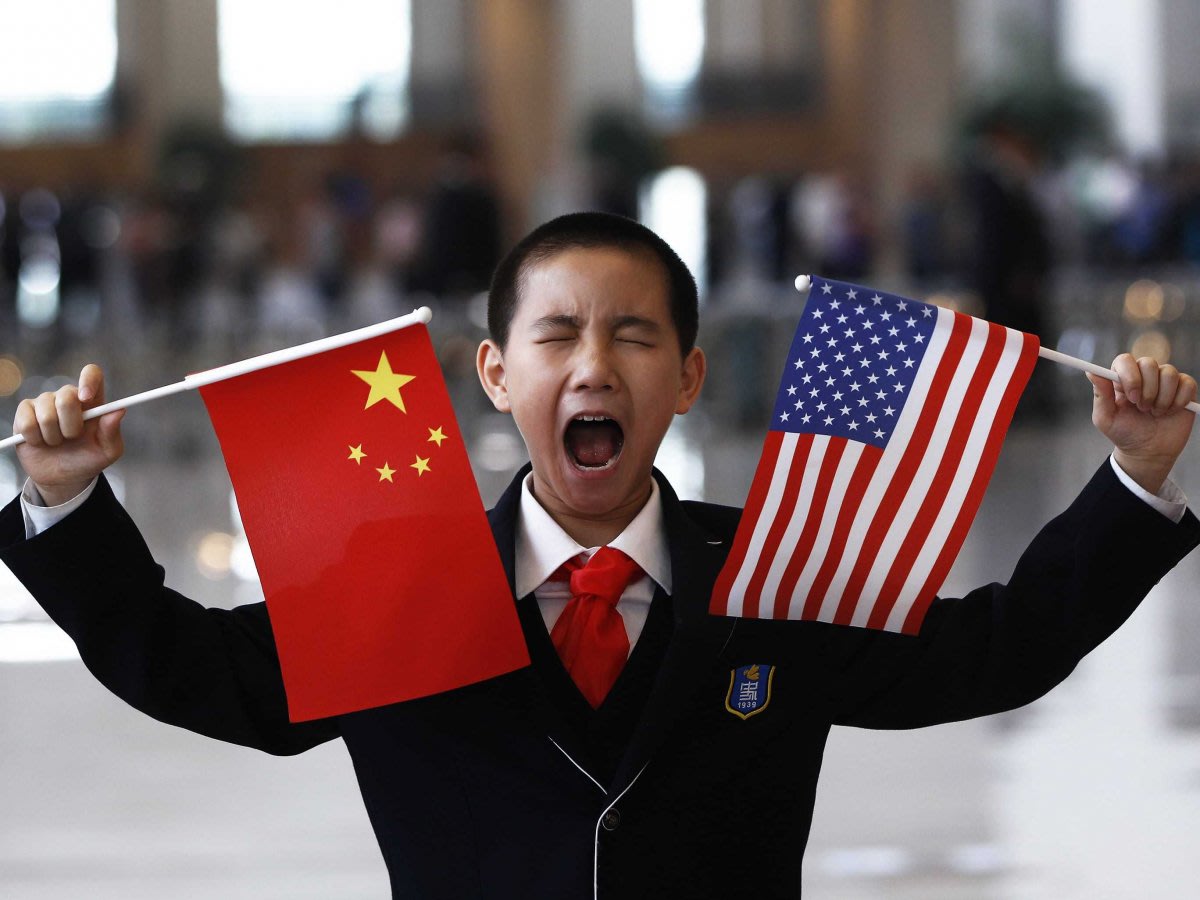 REUTERS/Shannon Stapleton Sorry, America. China just overtook the US to become the world’s largest economy, according to the International Monetary Fund.

Chris Giles at the Financial Times flagged up the change. He also alerted us in April that it was all about to happen.

The simple logic is that prices aren’t the same in each country: A shirt will cost you less in Shanghai than in San Francisco, so it’s not entirely reasonable to compare countries without taking this into account. Though a typical person in China earns a lot less than the typical person in the US, simply converting a Chinese salary into dollars underestimates how much purchasing power that individual, and therefore that country, might have. The Economist’s Big Mac Index is a great example of these disparities.

So the IMF measures both GDP in market-exchange terms and in terms of purchasing power. On the purchasing-power basis, China is overtaking the US right about now and becoming the world’s biggest economy.

IMF, Google Public Data Explorer Adjusted for purchasing power, the IMF thinks China’s economy is now the world’s largest. It’s not all sour news for the US. It’ll be some time yet until the lines cross over in raw terms, not adjusted for purchasing power. By that measure, China still sits more than $6.5 trillion lower than the US and isn’t likely to overtake for quite some time:

IMF, Google Public Data Explorter But in terms of the raw market value of China’s currency, it still has a long way to go.