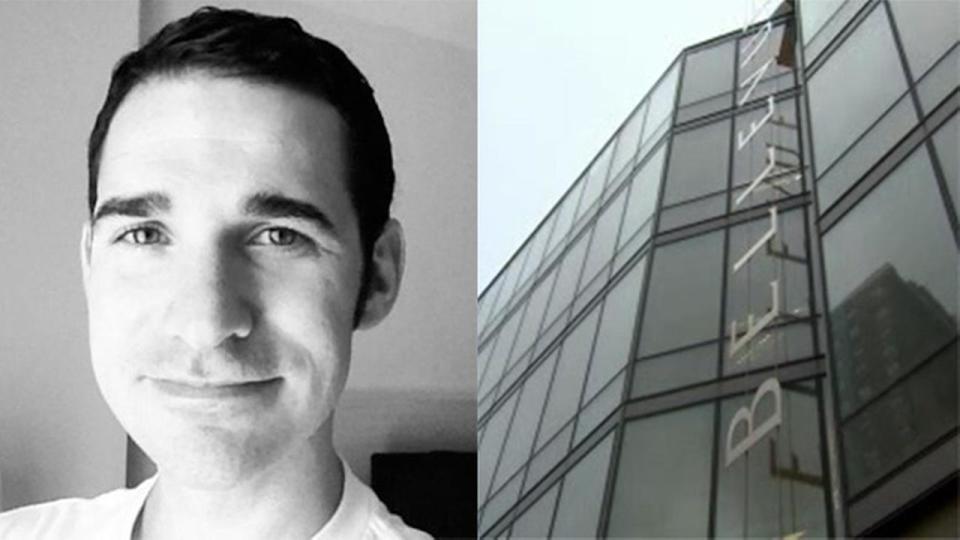 The doctor, Craig Spencer, was rushed to Bellevue Hospital Center on Thursday and placed in isolation while health care workers spread out across the city to trace anyone he might have come into contact with in recent days. A further test will be conducted by the federal Centers for Disease Control and Prevention to confirm the initial test.

While officials have said they expected isolated cases of the disease to arrive in New York eventually, and had been preparing for this moment for months, the first case highlighted the challenges surrounding containment of the virus, especially in a crowded metropolis.

Even as the authorities worked to confirm that Mr. Spencer was infected with Ebola, it emerged that he traveled from Manhattan to Brooklyn on the subway on Wednesday night, when he went to a bowling alley, and then took a taxi home.

The next morning, he reported having a temperature of 103 degrees, raising questions about his health while he was out in public.

People infected with Ebola cannot spread the disease until they begin to display symptoms, and it cannot be spread through the air. As people become sicker, the viral load in the body builds, and they become more and more contagious.

Dr. Spencer’s travel history and the timing of the onset of his symptoms led health officials to dispatch disease detectives, who “immediately began to actively trace all of the patient’s contacts to identify anyone who may be at potential risk,” according to a statement released by the department.

It was unclear if the city was trying to find people who might have come into contact with Dr. Spencer on the subway. The Metropolitan Transportation Authority directed all questions to the health department, which did not immediately respond to requests for comment on the issue.

At Dr. Spencer’s apartment in Harlem, his home was sealed off and workers distributed informational fliers about the disease. It was not clear if anyone was being quarantined.

Health authorities declined to say how many people in total might have come into contact with Dr. Spencer while he was symptomatic.

Mayor Bill de Blasio, speaking at a news conference Thursday evening before the diagnosis, said Dr. Spencer has given health workers a detailed accounting of his activities over the last few days.

“Our understanding is that very few people were in direct contact with him,” Mr. de Blasio said.

Dr. Spencer had been working with Doctors Without Borders in Guinea, treating Ebola patients, before returning to New York City on Oct. 14, according to a city official.

He told the authorities that he did not believe the protective gear he wore while working with Ebola patients had been breached but had been monitoring his own health.

Doctors Without Borders, in a statement, said it provides guidelines for its staff members on their return from Ebola assignments, but did not elaborate on those protocols.

“The individual engaged in regular health monitoring and reported this development immediately,” the group said in a statement.

Dr. Spencer began to feel sluggish on Tuesday but did not develop a fever until Thursday morning, he told the authorities. At 11 a.m., the doctor found that he had a 103-degree temperature and alerted the staff of Doctors Without Borders, according to the official.

The staff of Doctors Without Borders called the city’s health department, which in turn called the Fire Department.

He was placed in a special isolation unit and is being seen by the pre-designated medical critical care team. They are in personal protective equipment with undergarment air ventilation systems.

Bellevue doctors have prepared for an Ebola patient with numerous drills and tests using “test patients” as well as actual treatment of suspected cases that turned out to be false alarms.

A health care worker at the hospital said that Dr. Spencer seemed very sick, and it was unclear to the medical staff why he had not gone to the hospital earlier, since his fever was high.

“He is a committed and responsible physician who always puts his patients first,” the hospital said in a statement. “He has not been to work at our hospital and has not seen any patients at our hospital since his return from overseas.”

Even before the diagnosis, the Centers for Disease Control dispatched a team of experts to assist in the case, before the test results were even known.

More than 30 people have gone to city hospitals and raised suspicions of Ebola, but in all those cases, health workers were able to rule it out without a blood test.

While the city stepped up its laboratory capacity so it can get test results within four to six hours, because of the precautions that need to be taken when drawing blood and treating a person possibly sick with Ebola, it took until late in the evening to confirm the diagnosis.

But doctors said that even before the results came in, it seemed likely that he was infected. Symptoms usually occur within eight to 10 days of infection and Dr. Spencer was home nine days when he reported feeling ill.

Ebola is transmitted through bodily fluids and secretions, including blood, mucus, feces and vomit.

Because of its high mortality rate — Ebola kills more than half of the people it infects — the disease spreads fear along with infection.

The authorities have been on high alert ever since Thomas Eric Duncan traveled to the United States in September from Liberia, and was later given a diagnosis of Ebola.

Mr. Duncan died at a Dallas hospital this month.

Several days after his death, a nurse who helped care for Mr. Duncan learned she had Ebola. Two nurses who treated Mr. Duncan fell ill but have since recovered.

That single case led to hundreds of people being quarantined or being asked to remain isolated from the general public..

The missteps by both local and federal authorities in handling the nation’s first Ebola case raised questions about the ability of health care workers to safely treat those with the disease.

In the New York City region, hospitals and emergency workers have been preparing for the appearance of the virus for months.

Dr. Irwin Redlener, the director of the National Center for Disaster Preparedness at Columbia University and a special adviser to Mayor de Blasio, said that the risk to the general public was minimal, but depended on a city moving swiftly.

“New York has mobilized not only a world-class health department, but has full engagement of many other agencies that need to be on the response team,” he said.