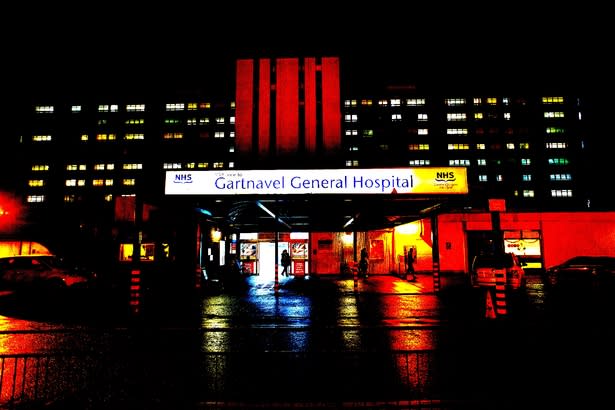 It may have receded from the American public consciousness, but the biggest Ebola outbreak on record isn’t over.

On Monday, the World Health Organization issued a statement in which it determined that the total number of known cases in the three hardest-hit West African countries—Sierra Leone, Liberia, and Guinea—had passed 20,000. The agency added that the death toll in the outbreak was nearing 8,000.

Around the same time the WHO released its statement, Scotland announced its first confirmed case, a health worker who had been working in Sierra Leone.

The patient was admitted to hospital early in the morning after feeling unwell and was placed into isolation at 7.50am. All possible contacts with the patient are now being investigated and anyone deemed to be at risk will be contacted and closely monitored.

That the Scottish healthcare worker was infected in Sierra Leone dovetails with an exhaustive New York Times report published on Monday, which details how during a two-month period in the spring, two new Ebola cases in the country failed to reach investigators and health officials. This made an outbreak that had been more easily contained in dozens of previous iterations spiral quickly out of control.

“As a result, it was not until late May, after more than two months of unchecked contagion, that Sierra Leone recorded its first confirmed cases,” the reporters noted. “The chain of illnesses and deaths links those cases directly to the two cases that were never followed up in March. Sierra Leone has since tallied about 9,400 reported Ebola infections, more than any other country.”

The report also connects these missed cases to the second stage of Liberia’s Ebola outbreak, which has seen nearly 8,000 cases in total. Meanwhile, on Monday, Liberia also announced a recent surge of new cases, which tempered hopes that the outbreak had stabilized there.

“It’s like a forest fire. A few embers burning and the thing can re-ignite at any time.”

With this news, Ebola may be primed for a public awareness comeback in the United States. Earlier this month, the White House announced that Ron Klain would finish his tenure as “Ebola czar” in March. On Sunday, however, Klain was back on Meet the Press, where he continued to sound the alarm about the virus, calling it a “global threat” that won’t be finished “until we get all the way to zero.”

“It’s like a forest fire,” he added. “A few embers burning and the thing can re-ignite at any time.”