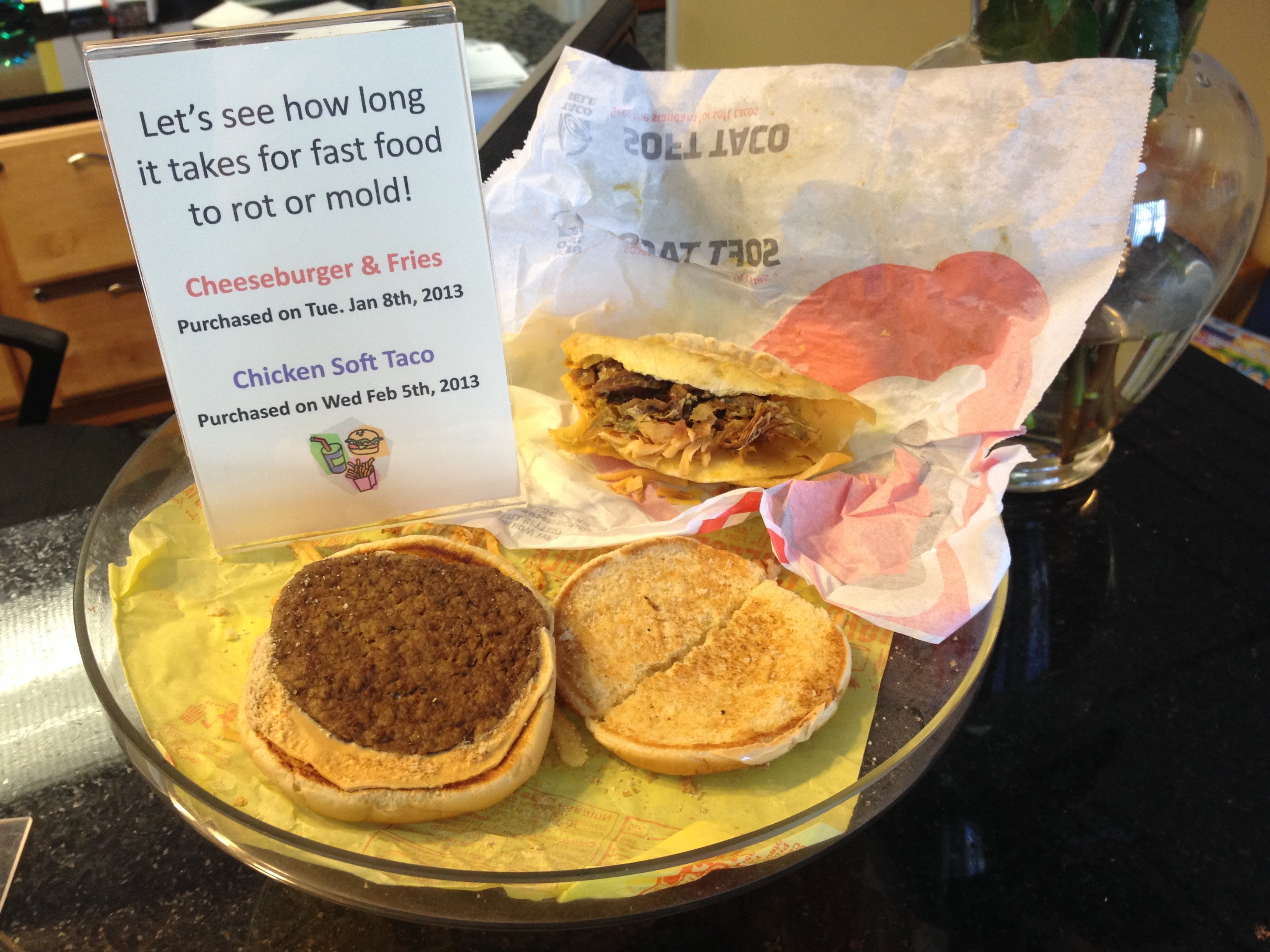 This is the Poison your eating from these places!

Jessica Freed A Michigan chiropractor has been saving a Taco Bell chicken taco and McDonald’s cheeseburger with fries for two years, and none of the items have appeared to rot.

Dr. Jaqueline Vaughn purchased the meals in early 2013 and put them on display in her office, Vaughn Chiropractic, in Waterford, Michigan.

The meals have remained there ever since, sitting uncovered next to the patient sign-in sheet.

None of the food has grown mold or started to smell, according to Jessica Freed, a chiropractic assistant who works in the office. 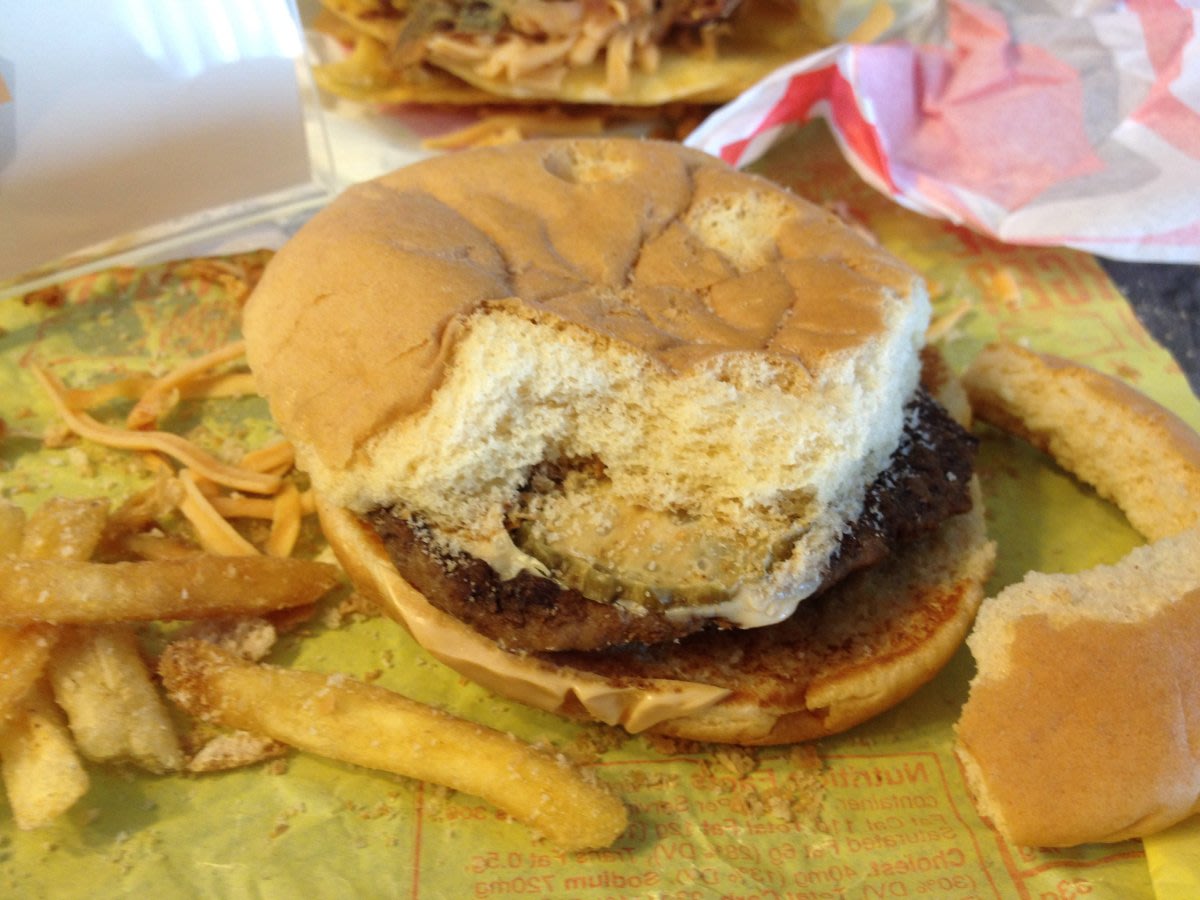 Jessica Freed “You would think there would at least be bugs coming around, but we don’t see any at all,” Freed told Business Insider.

She said the office displays the food to remind patients that fast food is unhealthy.

“Fast food is just terrible for you,” she said. “We  are showing our patients that it won’t mold and even the bugs won’t touch it.”

Here’s a closeup of the taco: 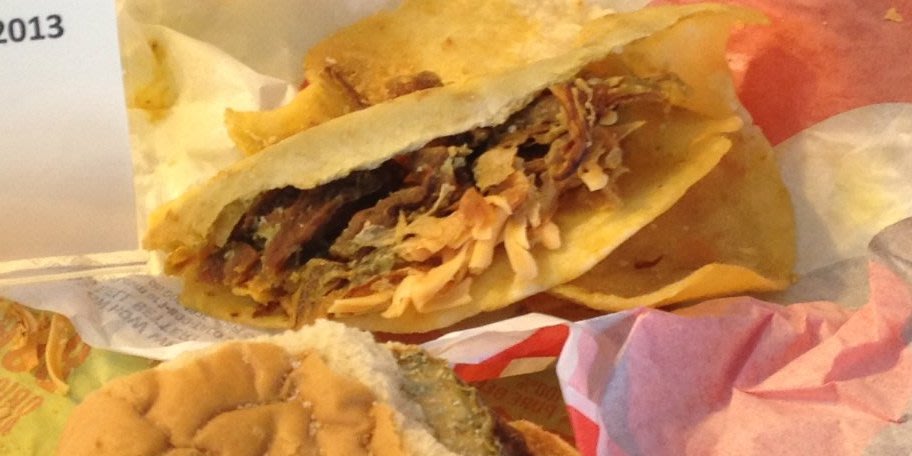 Jessica Freed Stories about McDonald’s hamburgers  that last years before rotting  are frequently cited as evidence that fast food is loaded with preservatives.

In the right environment, our burgers, fries and other menu items could decompose. The reason our food may appear not to decompose comes down to a matter of simple science. In order for decomposition to occur, you need certain conditions – specifically moisture. Without sufficient moisture – either in the food itself or the environment – bacteria and mold may not grow and therefore, decomposition is unlikely. So if food is or becomes dry enough, it is unlikely to grow mold or bacteria or decompose. Food prepared at home that is left to dehydrate could see similar results. Look closely, the burgers you are seeing are likely dried out and dehydrated, and by no means “the same as the day they were purchased.”

Dr. Keith Warriner, the program director at the University of Guelph’s Department of Food Science and Quality Assurance, gives a lengthier explanation that you can read here.