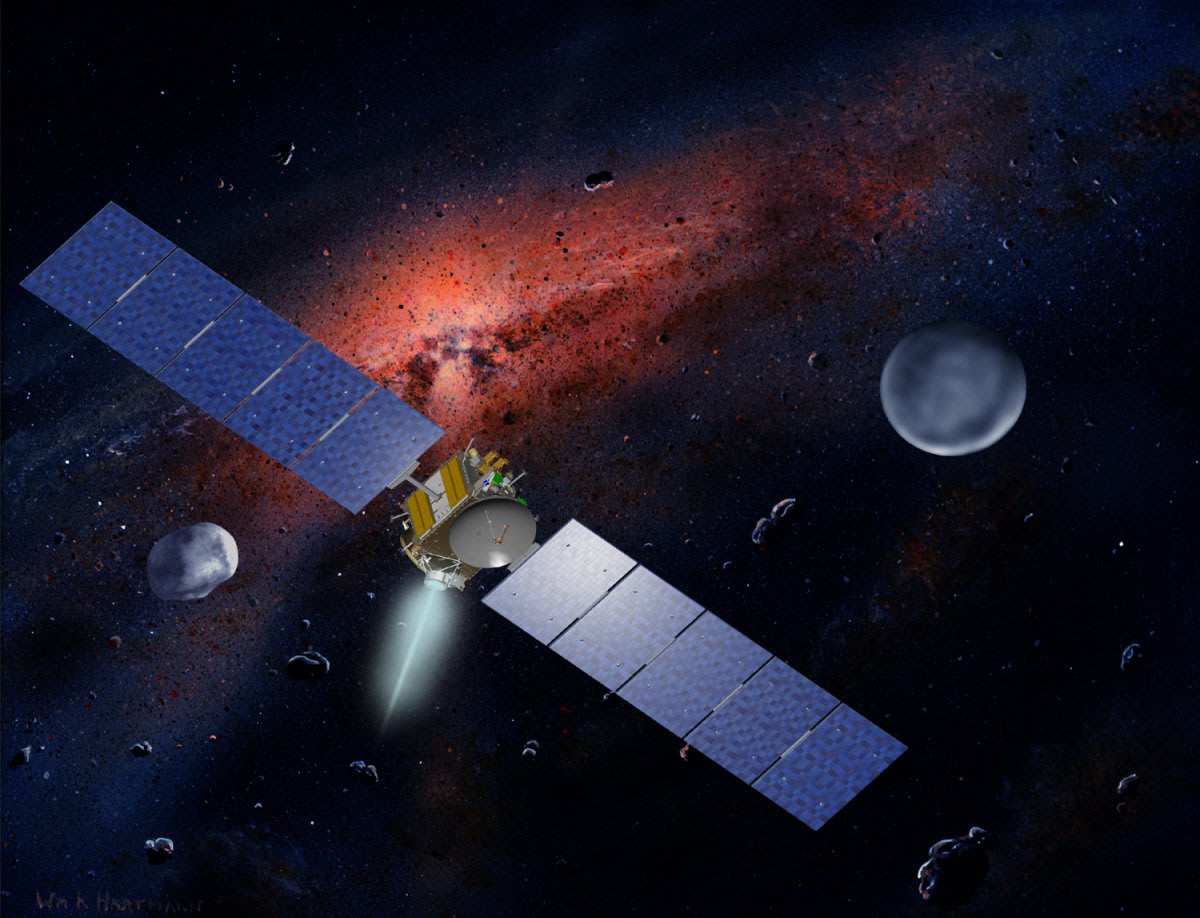 On its journey Dawn is snapping pictures of the distant object — and NASA has just released the sharpest images yet.

Dwarf planets are, by definition, half planets. In 2006, the International Astronomical Union defined a planet to be an object that must be both spherical in shape and large enough so that its gravity attracts small, nearby objects, essentially cleaning its local environment.

Although Ceres is round, it is located in the midst of a very crowded neighborhood called the asteroid belt, which is a band of countless dust and rock of all sizes that float between Mars and Jupiter.

And while Ceres is the largest object in the asteroid belt, comprising one-third of its total mass, the dwarf planet is still extremely small when compared to Earth or even the Moon. The planet is aboutas big as the state of Texas. 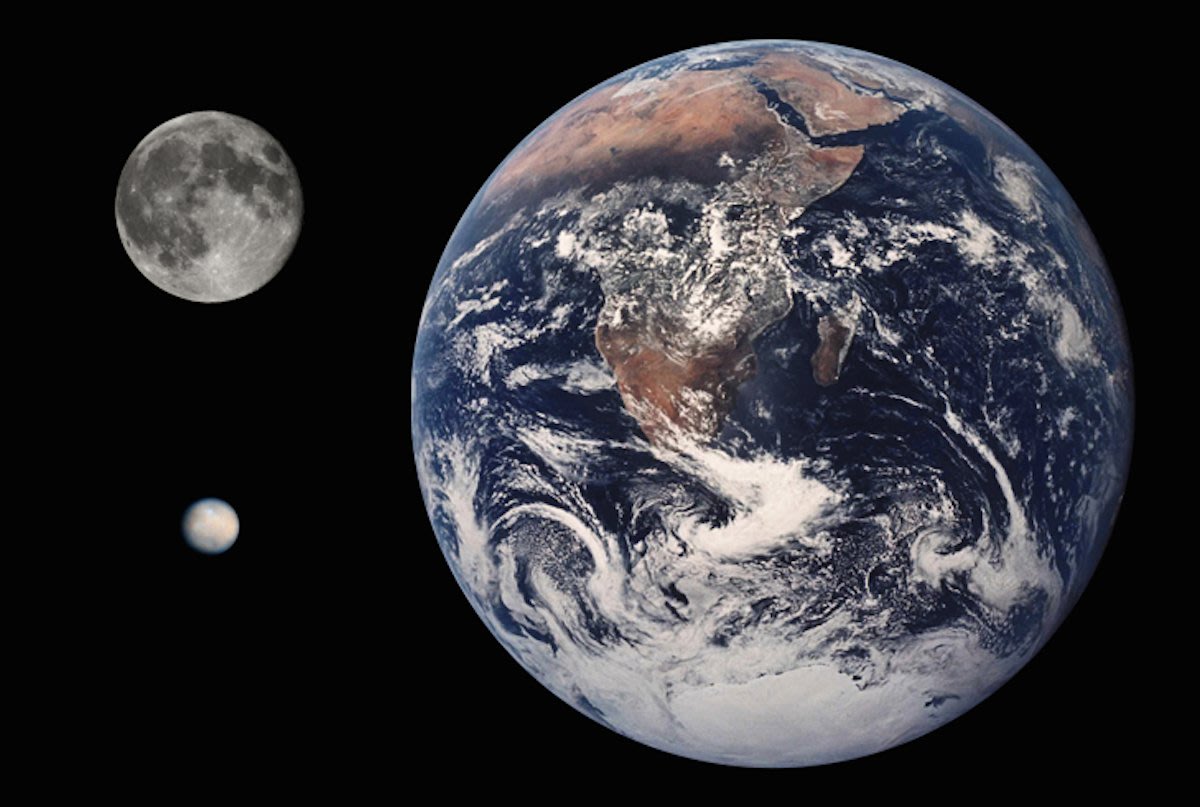 CWitte on Wikipedia Because the planet is so small, it’s really hard to get a good image of it. The Hubble Space Telescope got this show of Ceres in 2004, but the image isn’t clear and very pixelated: 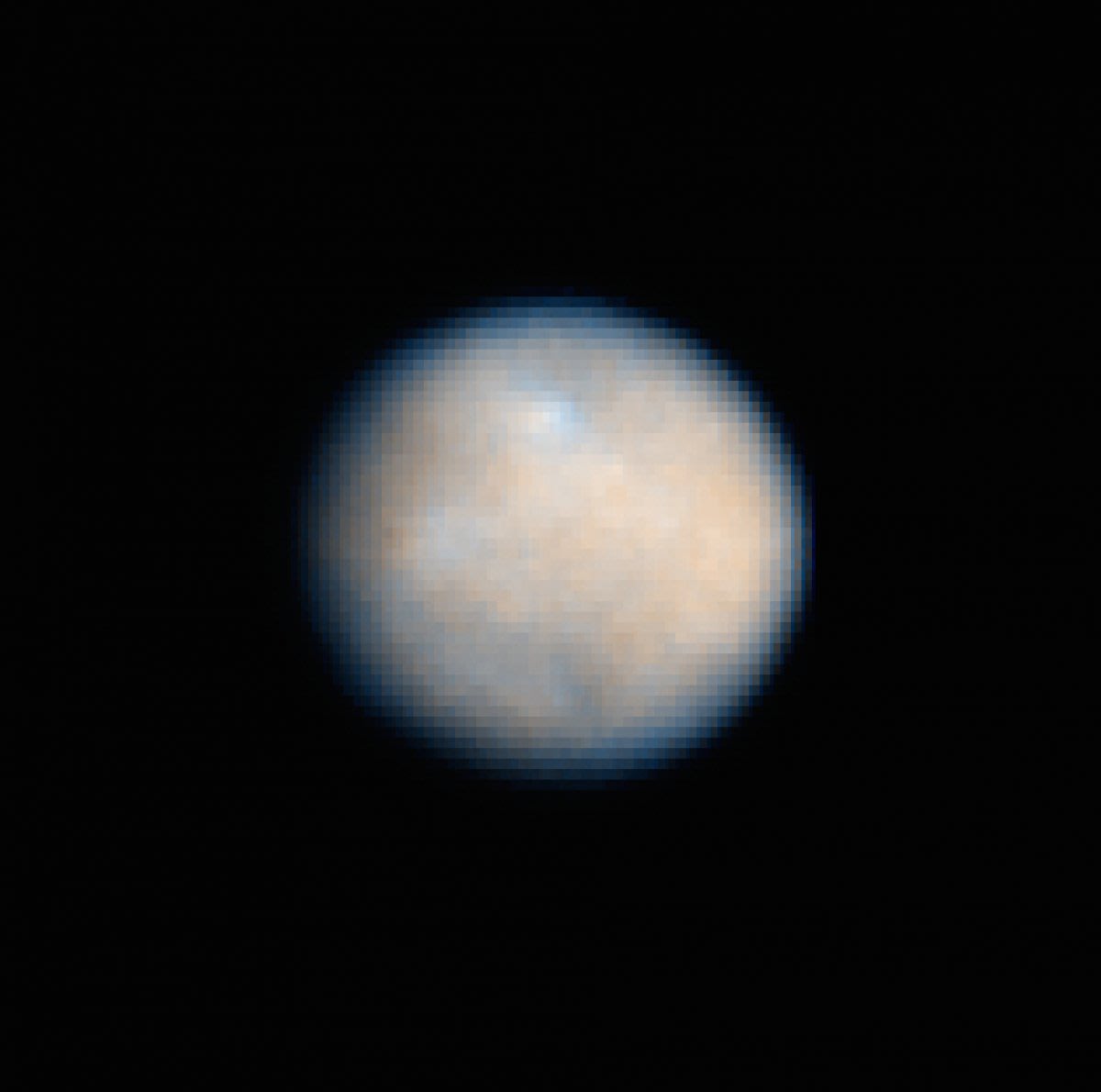 NASA, ESA, and J. Parker (Southwest Research Institute) As dawn approaches, she’s captured better images of the dwarf planet. This shot from Dawn was taken on Jan. 25, while the spacecraft was still 147,000 miles away: 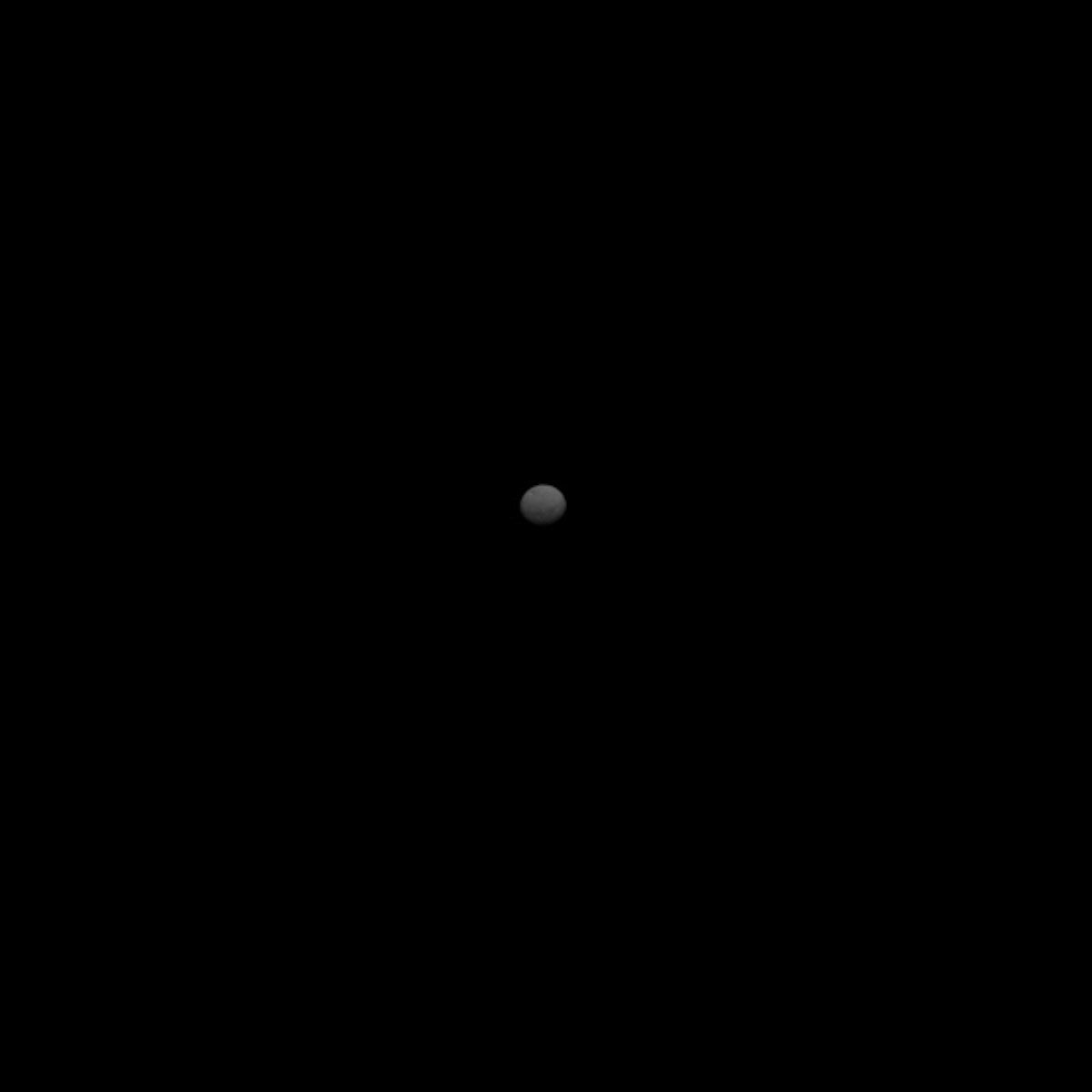 NASA/JPL-Caltech/UCLA/MPS/DLR/IDA On Jan. 25, Dawn finally got close enough to ceres to have a better view than Hubble did way back in 2004. While the spacecraft was 147,000 miles away, it took shots that are 30% sharper than Hubble’s photos, which were taken at a distance of 150 million miles.

NASA combined the images to make the animation shown below. This may look similar to earlier images of the dwarf planet, but if you check out the region toward south pole, you’ll see more contrast between light and dark that indicates the presence of divots and craters like those on the Moon.

Even at a distance of 147,000 miles, these new images are already teaching scientists about Ceres. “We are already seeing areas and details on Ceres popping out that had not been seen before,” Carol Raymond, deputy principal investigator of the Dawn mission, said in a NASA statement. “Data from this mission will revolutionize our understanding of this unique body.”

Some of the many questions researchers have about Ceres include: What the hell is that white spot? The strange white spot on Ceres is one of the mysteries that scientists hope to solve once Dawn reaches Ceres in early March.

They also want to investigate why the dwarf planet is spewing jets of water vapor into space — a discovery made last year. It suggests that the dwarf planet could harbor vast amounts of water in the form of solid ice beneath its surface. In fact, if Dawn finds that Ceres is composed of 25% fresh water, then astronomers estimate that it would actually harbor more fresh water than on Earth.

Chris Russell, the principal investigator for the Dawn mission and researcher at the University of California, Los Angeles, said in a NASA statement: “With the help of Dawn and other missions, we are continually adding to our understanding of how the solar system began and how the planets were formed.”