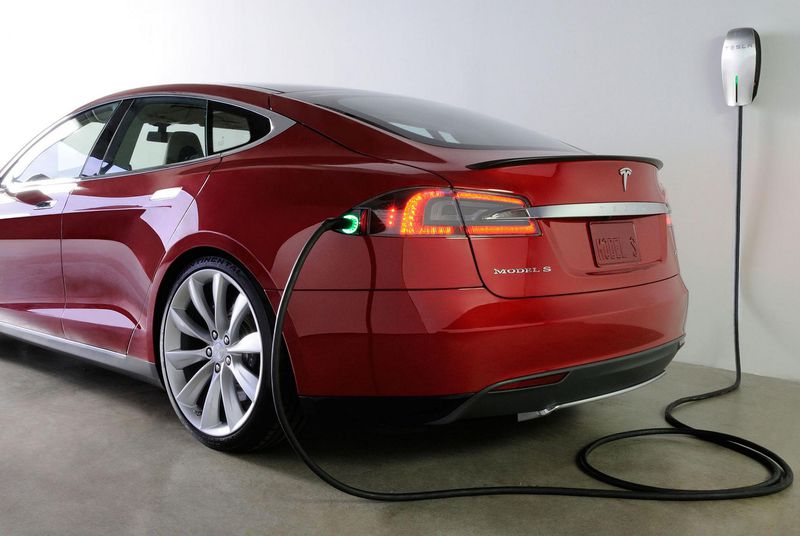 Tesla didn’t ship nearly as many cars this quarter as it had projected, but CEO Elon Musk remained upbeat during today’s earnings call as he he let some details slip about a brand new product. According to Musk, the company is working on a consumer battery pack for the home. Design of the battery is apparently complete, and production could begin in six months. Tesla is still deciding on a date for unveiling the new unit, but Musk said he was pleased with the result, calling the pack “really great” and voicing his excitement for the project.

What would a Tesla home battery look like? The Toyota Mirai, which uses a hydrogen fuel cell, gives owners the option to remove the battery and use it to supply electrical power to their homes. That battery can reportedly power the average home for a week when fully charged. Employees at many big Silicon Valley tech companies already enjoy free charging stations at their office parking lot. Now imagine if they could use that juice to eliminate their home electric bill. A more practical application for your car would be a backup generator during emergencies, which is how Nissan pitches the battery in its Leaf.

On an earnings call last year Musk had laid out his ambition to make something that would live in consumers’ homes, instead of their cars. “We are trying to figure out what would be a cool stationary (battery) pack,” Musk said. “Some will be like the Model S pack: something flat, 5 inches off the wall, wall mounted, with a beautiful cover, an integrated bi-directional inverter, and plug and play.”

“The long-term demand for stationary energy storage is extraordinary,” added JB Straubel, Tesla’s chief technical officer, during that call. “We’ve done a huge amount of effort there and have talked to major utilities and energy service companies.” That plan seems like it’s now much closer to a reality the company can share with the public.