One of the brains behind Tesla motors and Paypal, Tesla Motors CEO and entrepreneur Elon Musk has a new invention up his sleeve that will help power homes at low cost, and it will make living off-grid easier than ever.

A Florida woman had to stand up to a local judge to continue living off grid when he declared it illegal, but if millions of people start to live more self-sufficiently and sustainably, what will the corrupt judiciary say then?

Musk’s new invention is based on Tesla’s lithium-ion battery technology, and the new battery is expected to help the company become a leader in the growing home energy-storage market.

“We are going to unveil the Tesla home battery, the consumer battery that would be for use in people’s houses or businesses fairly soon,” Bloomberg quoted Musk as saying.

Not only does this mean that people could tell their electric company (and their high bills) good-bye, better lithium-ion storage also means that even solar arrays would work better. Soon, clean energy could be powering everything from our ovens to our computers and lights with more ease.

If homesteaders were ever concerned about having a sufficient supply of on-demand energy, Musk’s technology would put those worries to bed. Many solar panel manufacturers won’t currently warranty their goods for off-grid living because of storage issues, but the new battery changes that problem considerably.

“We are trying to figure out what would be a cool stationary (battery) pack,” Forbes had quoted Musk as saying at the time. “Some will be like the Model S pack: something flat, 5 inches off the wall, wall mounted, with a beautiful cover, an integrated bi-directional inverter, and plug and play.” 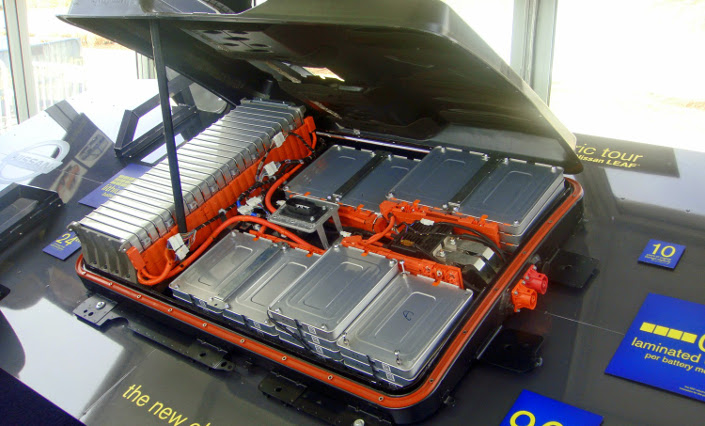 A Nissan Leaf battery pack – similar to what you might expect for a home battery.

The production of the battery is set to begin in the next 6 months. Lithium-ion technology is popular because the “li-on” batteries are great with energy density; a LIB setup can pack a lot of power into a very small space. According to MIT researchers, “Li-on” batteries offer sufficient charge times and a high number of discharge cycles before they die.

Overall, the “system” is built to discourage any lifestyle, which would make one sovereign – that is, sustainable, and not dependant on government plutocracies. This threatens our very independence, and in a time when our water and soil is being poisoned, forces us to partake of a disenfranchising system, which causes ill health to the masses.

Anything that helps us live a more self-sufficient life untied from government-led living systems could very well help us survive in the not-so-certain future.