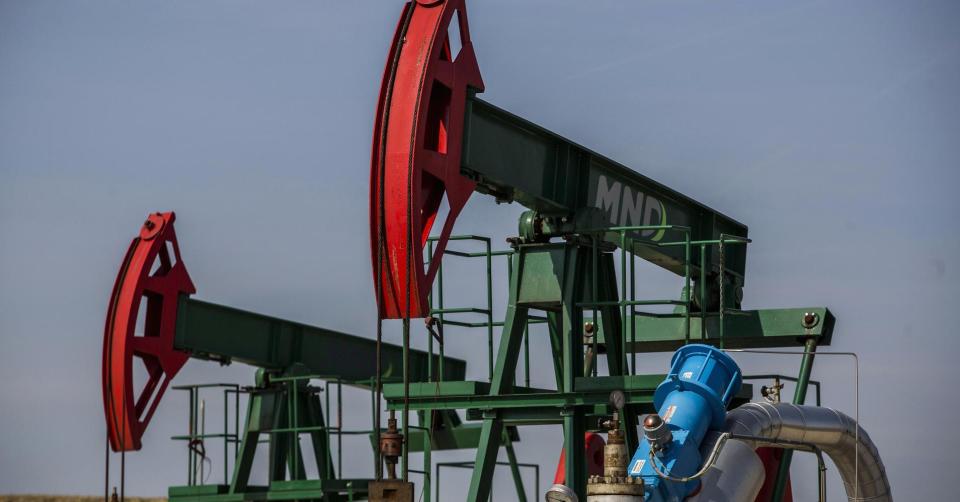 A new oil order has arrived and it will be marked by greater uncertainty and generally lower oil prices as the oil industry frantically re-prices as costs decline and gains in efficiency are made, strategists say.

As investors continue to weigh up the fallout of a rout in oil prices since June last year, Goldman Sachs has warned that the “level of uncertainty cannot be underestimated as these dynamics spill over into the price of commodities, currencies and consumption baskets around the world, with far-reaching market and economic implications.”

And amid heightened uncertainty, oil prices can swing sharply in either direction as developments this week have shown with a crisis in Yemen triggering a spike in crude.

“Oil has been sideways for about four months, in a $15 range; it hits a bottom, bounces up, hits the top comes back down,” Sean Corrigan, founder of True Sinews Consultancy told CNBC Europe’s “Squawk Box” Friday.

“We’re all waiting for the next break and trying to find the signal that will push us from this range,” he added.

The Goldman Sachs note, published late last week adds that while it believes “the new equilibrium price for oil is $65 a barrel for WTI [West Texas Intermediate] and $70 a barrel for Brent, the risks are skewed to the downside.”

Those forecasts would imply gains of at least 21 percent for Brent crude from current levels around $58 and a rise of about 30 percent for WTI , which is trading at around $50.

Still, and more significantly, prices would remain more than 30 percent below peak levels of above $100 a barrel on both oil contracts seen last year before concerns about a supply glut helped drive prices down.

The International Energy Agency said late last year that a slowing Chinese economy and a boom in U.S. shale production had brought about a new era for oil.

And oil strategists say there are a number of factors that suggest oil markets will be characterised by uncertainty and volatility in the months ahead.

These include geopolitical risk as seen this week, the prospect of increased supply from Iran if it reaches a nuclear agreement with the West that leads to a lifting of sanctions, and the prospects for alternative fuels as well the rise of shale oil

“We still have quite a lot of variables that could affect the spot price for a long period,” Barclays Oil Analyst Miswin Mahesh told CNBC.

Other analysts point out that speculators betting on where oil prices are headed only fuel that uncertainty.

“There are a lot of non-consumption players out there playing it [oil] for financial gain and that will create more volatility with moves down and corrections up,” Shah said, adding that he thought oil prices could go back down to around $40 and stabilise there.

Analysts at Goldman Sachs add that the move lower in oil prices since last June has happened at a time when rise in the U.S. dollar’s value, and corresponding fall in commodity currencies such as the Australian dollar and Chilean peso, reduces the cost of producing energy.

“This puts downward pressure on commodity prices and in turn reinforces U.S. growth, a stronger dollar and lower oil prices, suggesting the risks to costs are distinctively skewed to the downside,” the Goldman note said.

Miswin at Barclays said that two developments he was watching closely for the outlook was the solar industry and energy storage.

“There are reports that we will get to grid parity in the next 12-18 months in the solar industry, which has very important implications because that means even without subsides electricity generated by solar power will be one-to-one with conventional energy, he said.