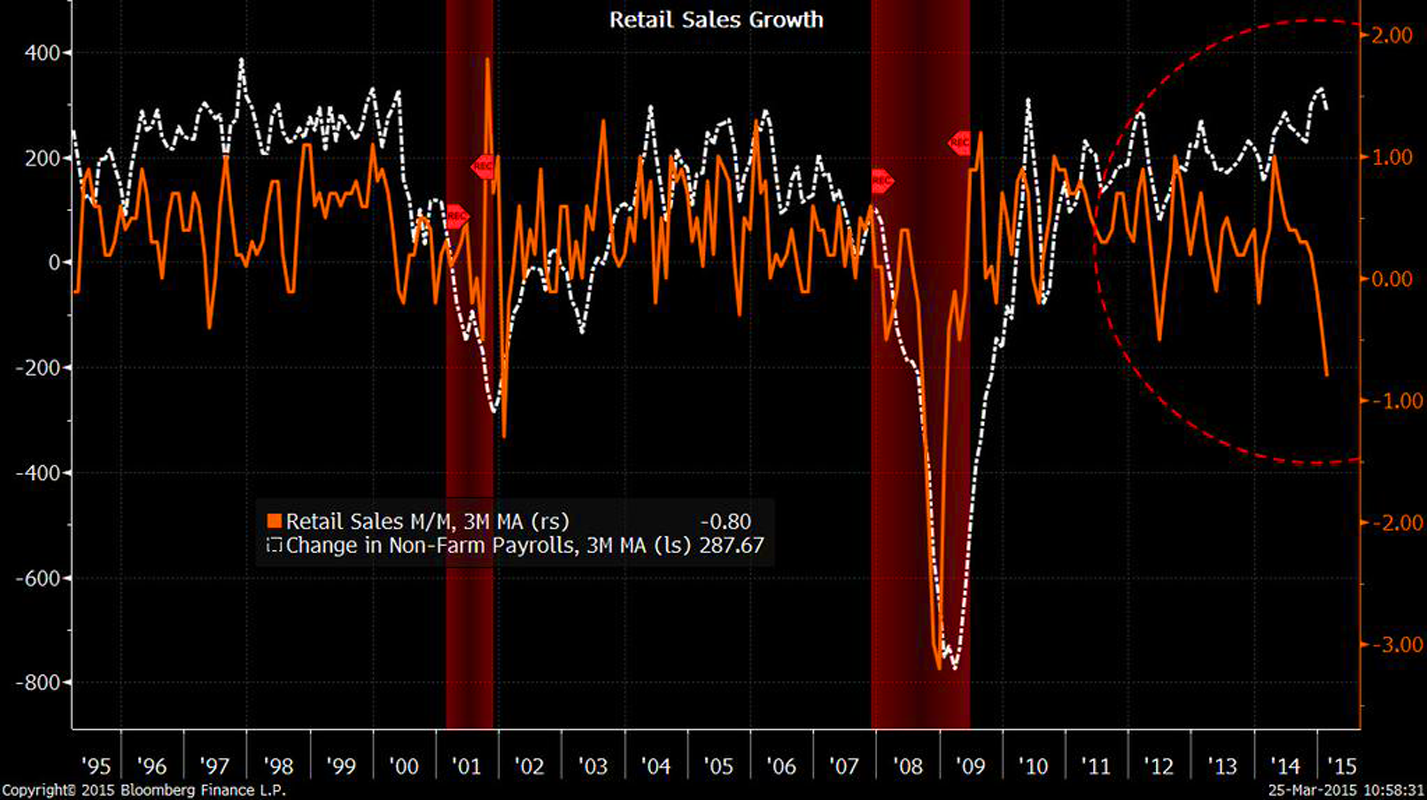 Despite experiencing a healthy pace of job growth, the US economy has largely disappointed economists’ expectations by delivering a series of weaker-than-expected economic reports.

The unexpected plunges in retail sales and durable goods orders stand out as they reflect weakness in both consumers and businesses.

On Wednesday, Bloomberg LP Chief Economist Michael McDonough tweeted a chart of the unprecedented divergence between job growth and retail sales growth. This is concerning as personal consumption accounts for roughly 70% of US GDP.

It’s particularly concerning considering all of the extra spending money Americans supposedly have thanks to falling gas prices.

“Recent US data have been disappointing,” Goldman Sachs Kris Dawsey said late Thursday. Dawsey thinks GDP growth could tumble to 1.4% in Q1 from 2.2% growth in Q4 of last year. Economists had previously expected GDP growth to accelerate in Q1 to around 3%.

For the most part, economists have attributed much of the recent weakness to unusually harsh winter weather and the plunge in oil prices, which has slammed the spending plans of US drillers. For this reason, economists are optimistic that weakness in Q1 could be offset by a rebound in Q2.

Dawsey specifically sees three reasons to be bullish on Q2:

“Assuming at least some of the boost anticipated for Q1 shows up in Q2…” Dawsey said.

“Assuming” is the key word

(Deutsche Bank)Consumers are saving their gasoline savings.Rather than spending the gasoline price savings, consumers have been saving. Deutsche Bank’s retail analysts highlighted this in the chart you see to the right.

Dawsey assumes that the consumer will spend some of those savings in Q2, which would help resolve the divergence in that jarring chart Bloomberg’s McDonough pointed us to.

Unfortunately, there isn’t a whole lot of evidence to support that assumption.

In fact, the opposite is true.

Jefferies Sean Darby recently pointed us to a worrisome survey of consumer expectations from the New York Federal Reserve. The survey showed that consumer spending growth expectations for the year ahead have only been tumbling.

Maybe it’s time to be a little more cautious about things, especially as the US dollar surges and makes US exports more expensive for the rest of the world which is either slowing or stagnating. Far too much hinges on the assumption that the consumer ramps up spending. 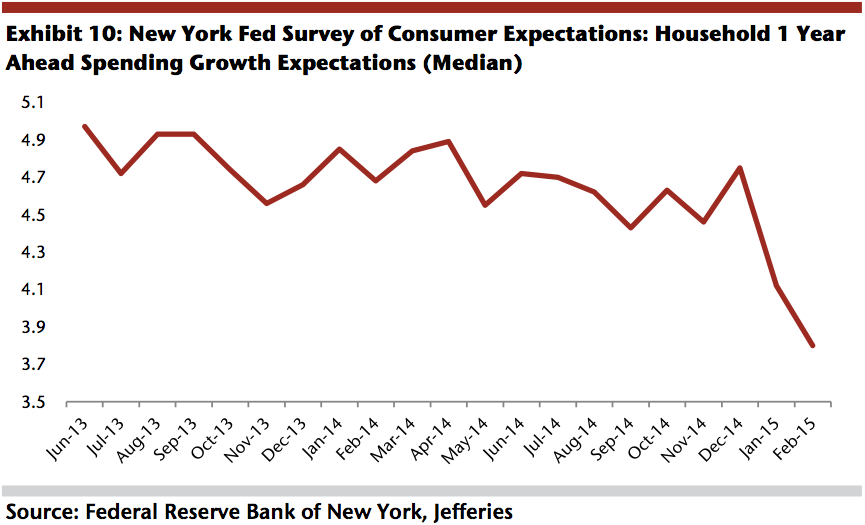 One thought on “Something weird is going on in the US economy, and it’s not good”