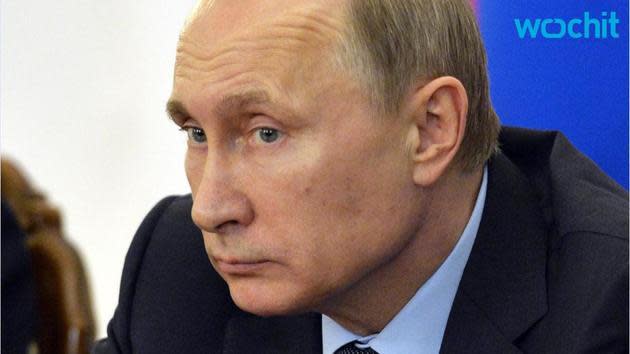 In a rare move, Egyptian President Abdel Fattah al-Sisi announced that a letter from Putin would be read out to the gathering in Egypt, where Arab leaders discussed an array of regional crises, including conflicts in Syria, Yemen and Libya.

“We support the Arabs’ aspirations for a prosperous future and for the resolution of all the problems the Arab world faces through peaceful means, without any external interference,” Putin said in the letter.

“He speaks about the problems in the Middle East as though Russia is not influencing these problems,” he told the summit right after the letter was read out.

Relations between Saudi Arabia and Russia have been cool over Moscow’s support for Assad, whom Riyadh opposes. The civil war between Assad’s forces and rebels has cost more than 200,000 lives in four years.

“They speak about tragedies in Syria while they are an essential part of the tragedies befalling the Syrian people, by arming the Syrian regime above and beyond what it needs to fight its own people,” Prince Saud said.

“I hope that the Russian president corrects this so that the Arab world’s relations with Russia can be at their best level.”

The Saudi rebuke may have been awkward for summit host Egypt, which depends heavily on billions of dollars in support from Saudi Arabia and other Gulf Arab allies, but has also improved ties with Moscow.

In February, Putin received a grand welcome in Egypt, signaling a rapprochement.