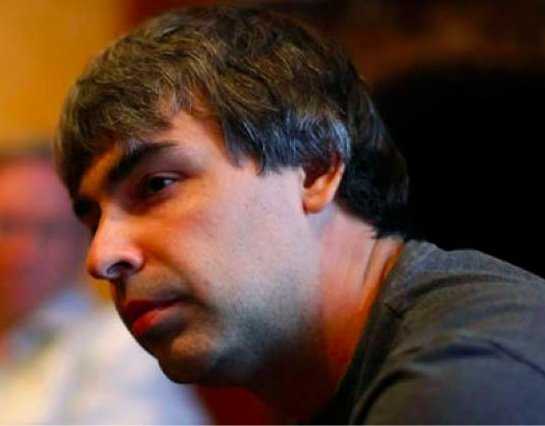 BRUSSELS–Europe’s competition regulator is laying the groundwork to move against Google Inc. in the next few weeks, a person familiar with the matter said Wednesday, setting the stage for charges against the U.S. search giant in a five- year-old antitrust investigation that has stalled three times and set off a political firestorm.

The European Commission, the European Union’s top antitrust authority, has been asking companies that filed complaints against Google for permission to publish some of the information they submitted confidentially, according to several people familiar with the requests.

Antitrust experts said those requests were a strong indication that formal antitrust charges were being prepared in the case. A decision to file charges against Google would set off the EU’s highest-profile antitrust suit since its lengthy campaign against Microsoft Corp. a decade ago, which paid the bloc at least EUR1.7 billion ($1.8 billion) in fines. The fines were partly for failing to stick to a settlement deal, which Microsoft blamed on a technical error.

A settlement in the Google case is always possible. Even if the EU presses ahead with charges, Google could still strike a deal to resolve the bloc’s concerns that the company abuses its dominance in the European search market.

Google has denied any anticompetitive behavior. Speaking in Berlin last week, Kent Walker, its general counsel, pointed to a “painfully long list of unsuccessful Google products,” including Google+ and Streetview in Germany, as evidence that competition laws were working.

Margrethe Vestager, the EU’s new antitrust chief, has made a series of statements suggesting she prefers the legal certainty of formal charges in competition cases over negotiated settlements. Ms. Vestager “is planning to move the case forward in a relatively short time frame,” according to a person familiar with the matter

Ms. Vestager’s predecessor as antitrust chief, Joaquín Almunia, concentrated on seeking a settlement with the company, an approach he considered better suited to the fast-moving Internet landscape. Mr. Almunia tried and failed three times to reach such a settlement, most recently last year.

The commission hasn’t had any recent settlement negotiations with the company, according to a person familiar with the matter.

“The fact that the commission has been seeking fuller [information] from complainants, against short deadlines [of] a couple of days, shows it is in the final stages of getting a statement of objections together,” said one Brussels-based lawyer representing a Google rival in the case.

“That is the only possible interpretation at this stage of the process,” the lawyer said. “It’s part of the choreography you always see.”

The EU’s investigation of complaints that Google abuses its dominance of Europe’s online search market to hurt rivals began in 2010. Google handles more than 90% of Web searches in Europe, much higher than its share of the U.S. search market.

Comparison shopping sites say that when consumers use Google to search for products online, Google features results from its Google Shopping service prominently and relegates products from rival sites to positions lower down the search page, where they might not be seen.

Ms. Vestager has indicated repeatedly that she favors a formal court process to establish a legal precedent. Settlements “should not be a habit,” and should not be sought “at any price,” she said at an event in Brussels last month. Citizens and companies “should see that we are willing to go to court if that is the right thing to do,” she said.

The commissioner also has stressed that “time is an issue” in the case. “Any business involved in an antitrust investigation would like us to be as fast as possible,” she told The Wall Street Journal in February. She said she had been “very impressed” by the arguments of Google’s opponents.

Ms. Vestager met a month ago with Eric Schmidt, Google’s executive chairman. It was the first time she had met with a top Google executive since taking office on Nov. 1.

Last week, she indicated that her priority was to ensure that smaller Internet firms could compete with the giants of the industry.

“Our task as competition enforcers is making sure that [Europe’s] Digital Single Market is a place where all players– large and small–can compete on the merits of their products,” she said in a speech in Berlin. “And this is as close as I will get to our ongoing investigation into Google’s business practices.”

Experts say the legal hurdles to building an antitrust case in Europe are lower than in the U.S., where antitrust investigators have to fight each case before a judge. In the EU, the commission acts as prosecutor, judge and jury in competition cases. Appeals are heard by EU judges in Luxembourg who have rarely overturned major decisions made by Brussels.

If the commission were to file formal charges against Google, it would raise the possibility of hefty fines against the company, which by law could total 10% of its annual revenue, which was $66 billion last year

The company would have about three months to make a case that its actions don’t violate EU law–or it could propose another settlement that would address the charges. It also could request a hearing to argue its case more fully before the commission. After assessing Google’s case, the regulator would issue its final decision–which could then be appealed to the Luxembourg courts.

The latest settlement proposed by Mr. Almunia fell apart following a series of interventions by powerful political players, including a letter from the economy ministers of France and Germany calling for greater concessions from Google, and protests from German publishing houses.

In November the European Parliament passed a resolution calling for a possible breakup of Google, brushing aside an unusual series of objections from the U.S. Congress that the move risked politicizing an antitrust investigation.