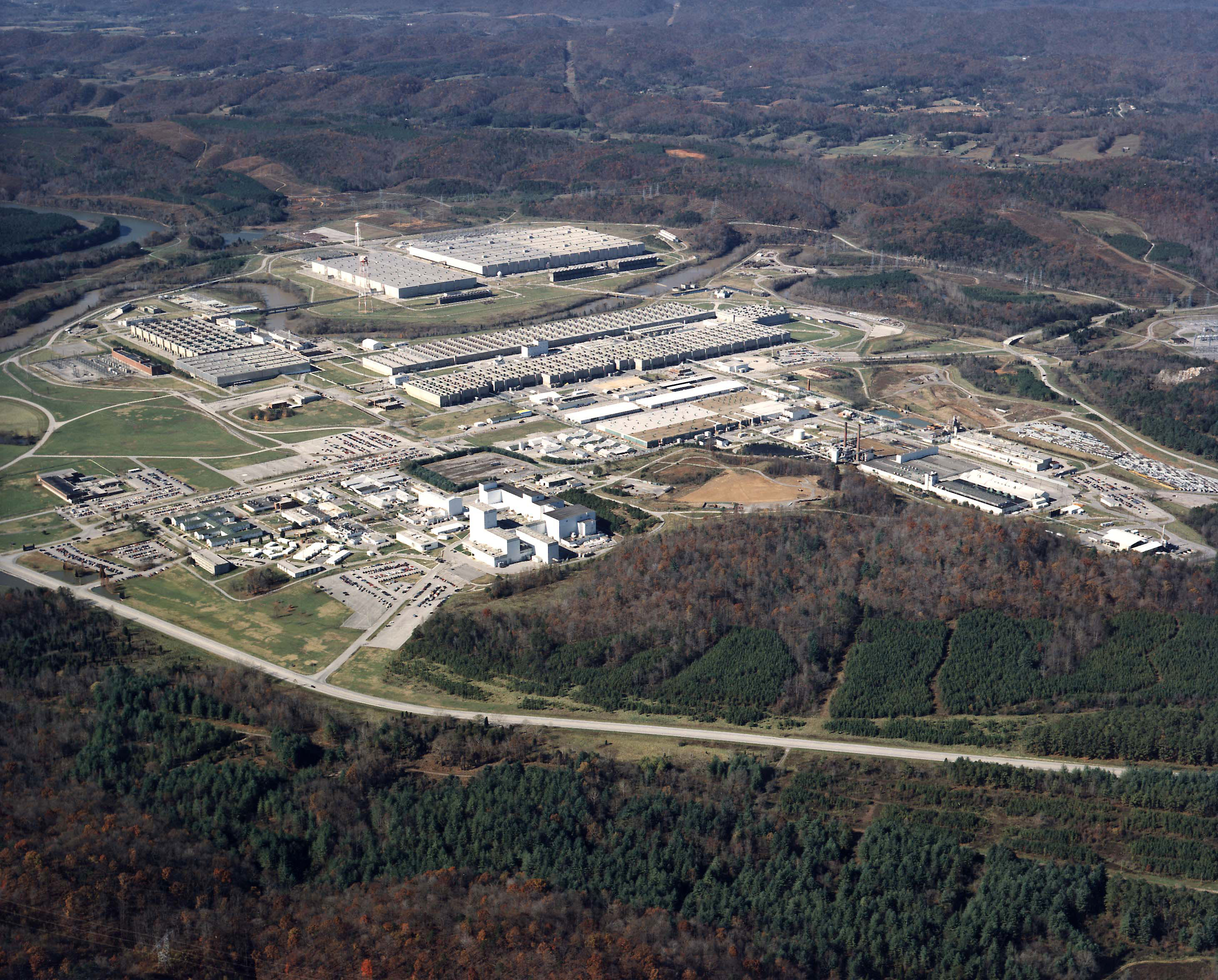 Reuters The East Tennessee Technology Park, a site within the Oak Ridge National Laboratory, is seen in an undated handout photo from the US Department of Energy

The US government built “a secret replica of Iran’s nuclear facilities” deep in the forests of Tennessee to gain an edge in its negotiations with Iran, reports The New York Times.

This “Manhattan Project in reverse” is situated on the grounds of the Oak Ridge National Laboratory. It uses placeholder centrifuges meant to represent Iranian equipment — an assembly that including centrifuges once belonging to Libya’s disbanded nuclear program.

Scientists there are dedicating themselves to figuring out technical formulas that could stop Iran from developing a weapon.

It’s possible that the Times article is based on administration-authorized leaks of classified information — Ernest Moniz, the Secretary of Energy, is quoted in the article, as are a range of named and anonymous scientists from US government laboratories.

But it’s thin on the details of how the replica facilities were used to reach the one-year breakout determination.

Scientists apparently proposed redesigns, centrifuge cascade configurations, limits on types of centrifuges, and other fixes that they believed would keep Iranian breakout at under a year. Eventually, they reached an equation that the Iranians could accept.

The Obama administration has premised its arguments for a nuclear deal with Iran on the claim that for a period of 10 years, limits imposed on the Islamic Republic would make it nearly impossible for the country to build a single nuclear weapon in less than a year without the international community learning about it and formulating a response. 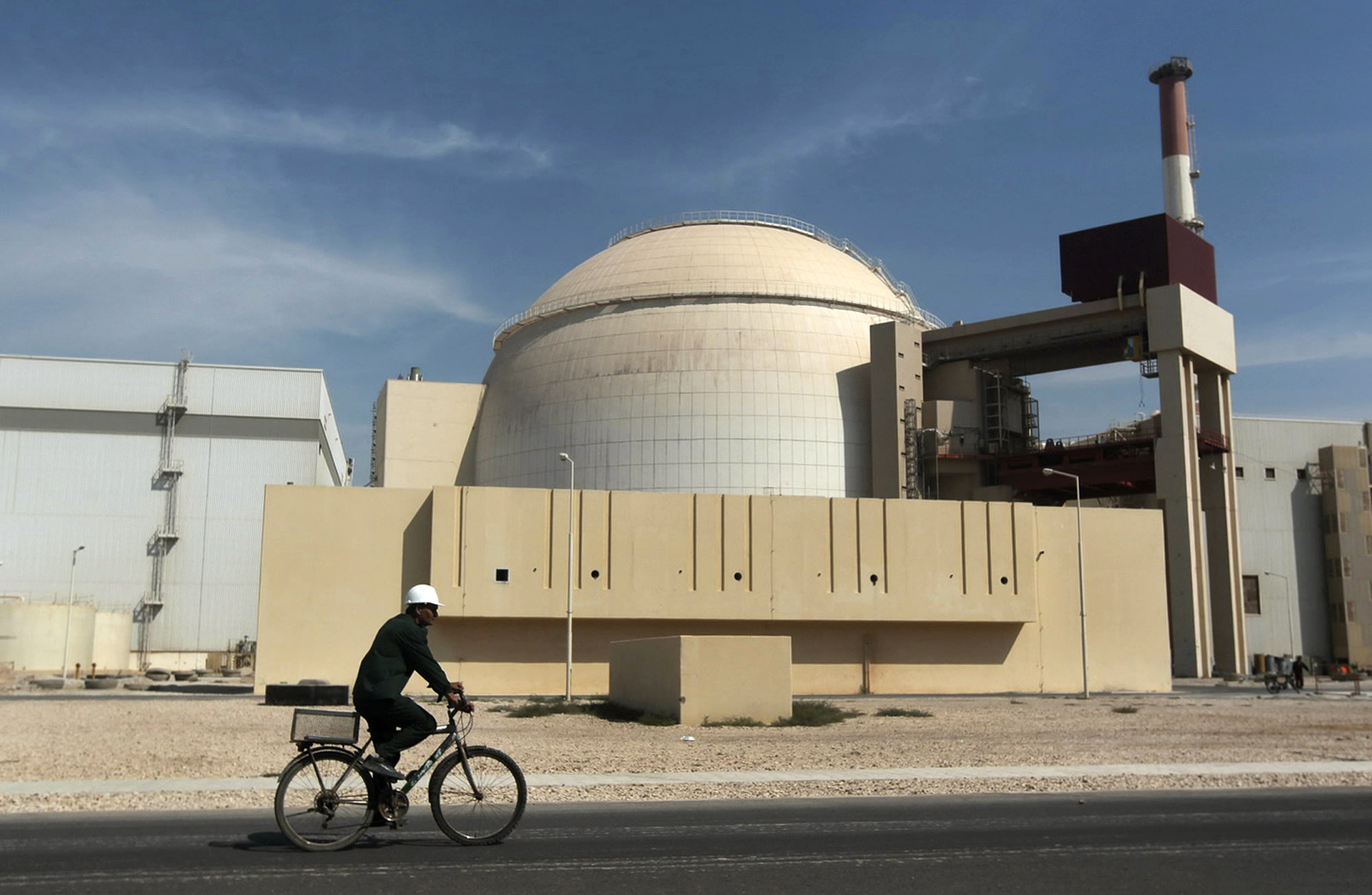 The Times doesn’t go into much detail as to what those fixes actually consist of, but reports that government scientists reached a high level of confidence that their formula could keep Iran at a one-year breakout.

For instance: “The question was whether a proposed design of Natanz [Iran’s only uranium enrichment facility for the first 15 years of an envisioned nuclear deal] that allowed more than 6,000 centrifuges to spin would still accomplish the administration’s goal of keeping Iran at least a year away from acquiring enough enriched uranium to make a bomb,” the Times article states. “The answer was yes.”

Some outside experts aren’t so sure.

In a report issued on April 11th and authored by a group of scientists that included physicist and former International Atomic Energy Agency expert David Albright, the Institute for Science and International Security noticed a curious aspect to the administration’s breakout estimates: they didn’t seem to take into account Iran’s supply of 20% enriched uranium, fissile material has undergone around 90% of the revolutions needed to reach weapons-grade.

Iran oxidized half of its 20% stock (and down-blended the other half to a lower level of enrichment) under the November 2013 Joint Plan of Action signed between Iran and a group of 6 countries led by the US.

As the ISIS report explains, in leaving the oxidized 20% stocks out of its breakout estimate, the administration seems to believe that reconverting that 20% to a state where it can be further enriched and weaponized would be such a time-consuming, intensive, and obvious process that Iran’s 20% stocks simple don’t need to be factored into weaponization scenarios.

The ISIS report is skeptical. It says Iran could render its 20% stocks usable in just a few months and that it’s hugely relevant to any breakout scenario. 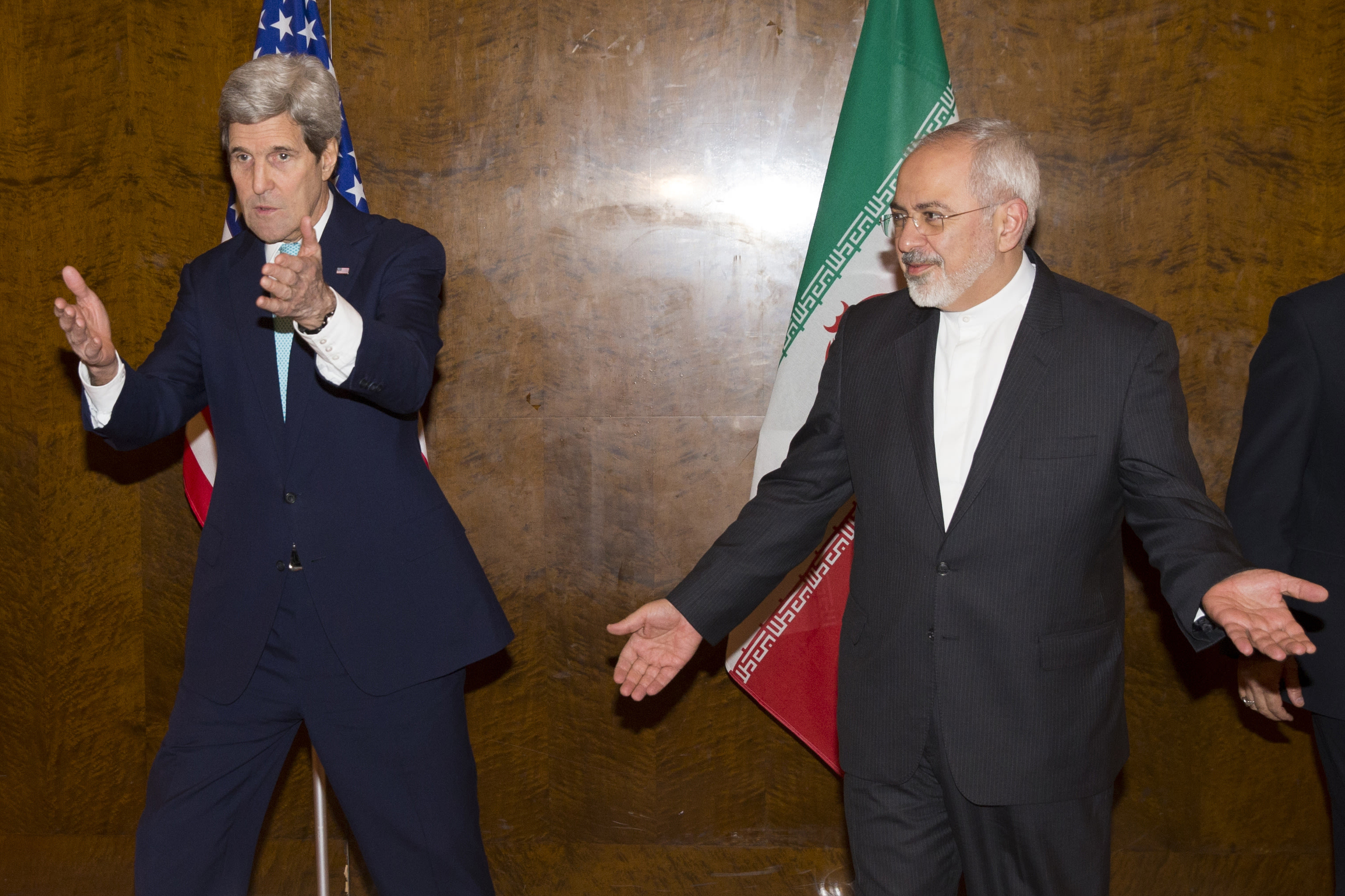 hammad Javad Zarif discuss seating arrangements for a meeting during a new round of nuclear negotiations in Montreux March 2, 2015. Kerry and Zarif held the first of what could amount to three days of meetings in Montreux about restraining the Iranian nuclear program in exchange for relief from economic sanctions.

According the series of fact sheets released after the Lausanne, Switzerland nuclear talks concluded, Iran would be allowed to keep a stockpile of 300 kilograms of uranium enriched to 3.67% under a final deal. Even a small amount of uranium at 20% enrichment would far surpass this stockpile in weaponization potential: “a rule of thumb is that 50 kilograms of near 20 percent LEU hexafluoride (or about 33 kilograms uranium mass) is equivalent in terms of shortening breakout time to 500 kilograms of 3.5 percent LEU hexafluoride,” the report says.

And Iran has plenty of convertible 20% on hand — around 228 kilograms of uranium mass of near-20%, which would come out to 337 kilograms of near-20% if it were “converted back to hexaflouride form.”