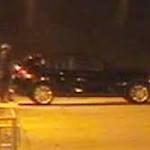 BOSTON (AP) — The FBI has made an arrest in connection with the theft of 16 guns from a Massachusetts Army Reserve armory.

According to an FBI affidavit, James Morales was arrested in New York on Wednesday.

The theft was reported Sunday morning.

The FBI affidavit says Morales was tied to the theft through DNA evidence and through an electronic monitoring bracelet that he is wearing because he is out on bail on a child rape charge.

Morales is scheduled to appear in federal court in New York on Thursday. It could not immediately be determined if he has a lawyer.

The FBI has said that the theft is not terrorism related.

This story has been corrected to include the full name of the reserve facility.