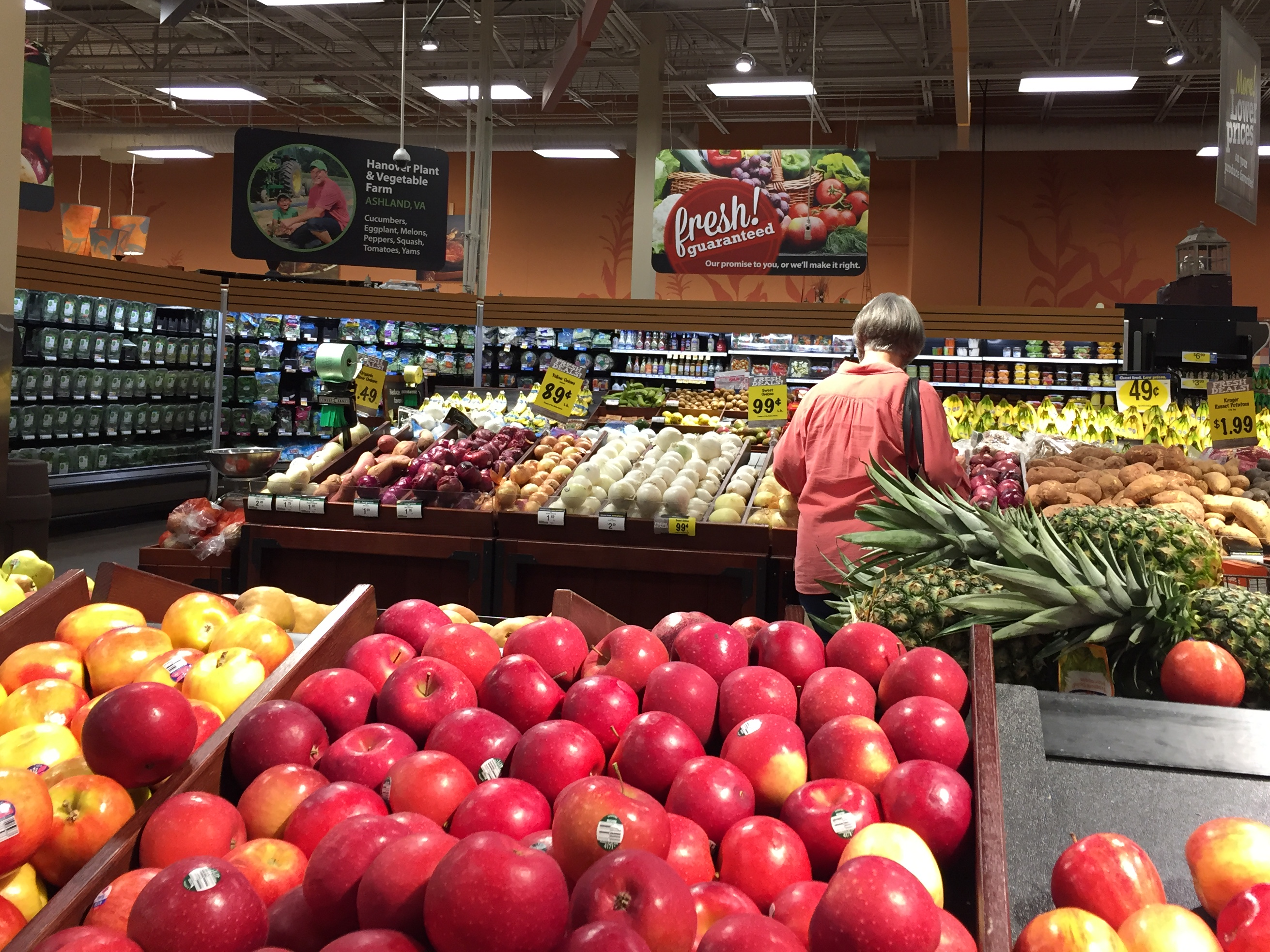 Whole Foods is making a big push to lower its prices amid growing competition in organic food.

But it isn’t dropping prices fast enough to compete with its rival Kroger, according to a recent store check.

We compared the prices of 31 items at a Whole Foods store in Glen Allen, Virginia, to an identical set of items at a nearby Kroger store.

The Whole Foods basket was about $60 more expensive than the total at Kroger.

The bills came to $191.41 at Whole Foods and $131.89 at Kroger, after we accounted for the products’ varying package sizes and calculated those differences into the final price.

We weren’t expecting this big of a price discrepancy between the two stores, especially since Whole Foods has been promising to lower its prices.

The biggest cost differences we found at each retailer were in coconut oil, fresh whole turkeys, fruit, and salmon.

Whole Foods’ coconut oil and farm-raised Atlantic salmon were twice as expensive as Kroger’s, and a 10-pound turkey was $7 more expensive at Whole Foods.

Seven of the items we compared were from the same brands.

We incorporated all sale prices at both grocery stores into our final estimates.

Whole Foods defended its prices, saying its products had strict quality standards that contributed to the higher costs.

For example, it noted that the salmon, beef, and turkey contained no added growth hormones or antibiotics. The company also traced the turkey at the Glen Allen store to a third-generation family farm that prohibits cages, crowding, and other practices that could be detrimental to the animals.

Other items, like the mayonnaise, contain no artificial colors, sweeteners, preservatives, or hydrogenated fats common in packaged goods, the company said. The olive oil also goes through a chemical analysis to ensure its purity and freshness.

*The milk at Kroger is conventional, while the milk at Whole Foods is organic.