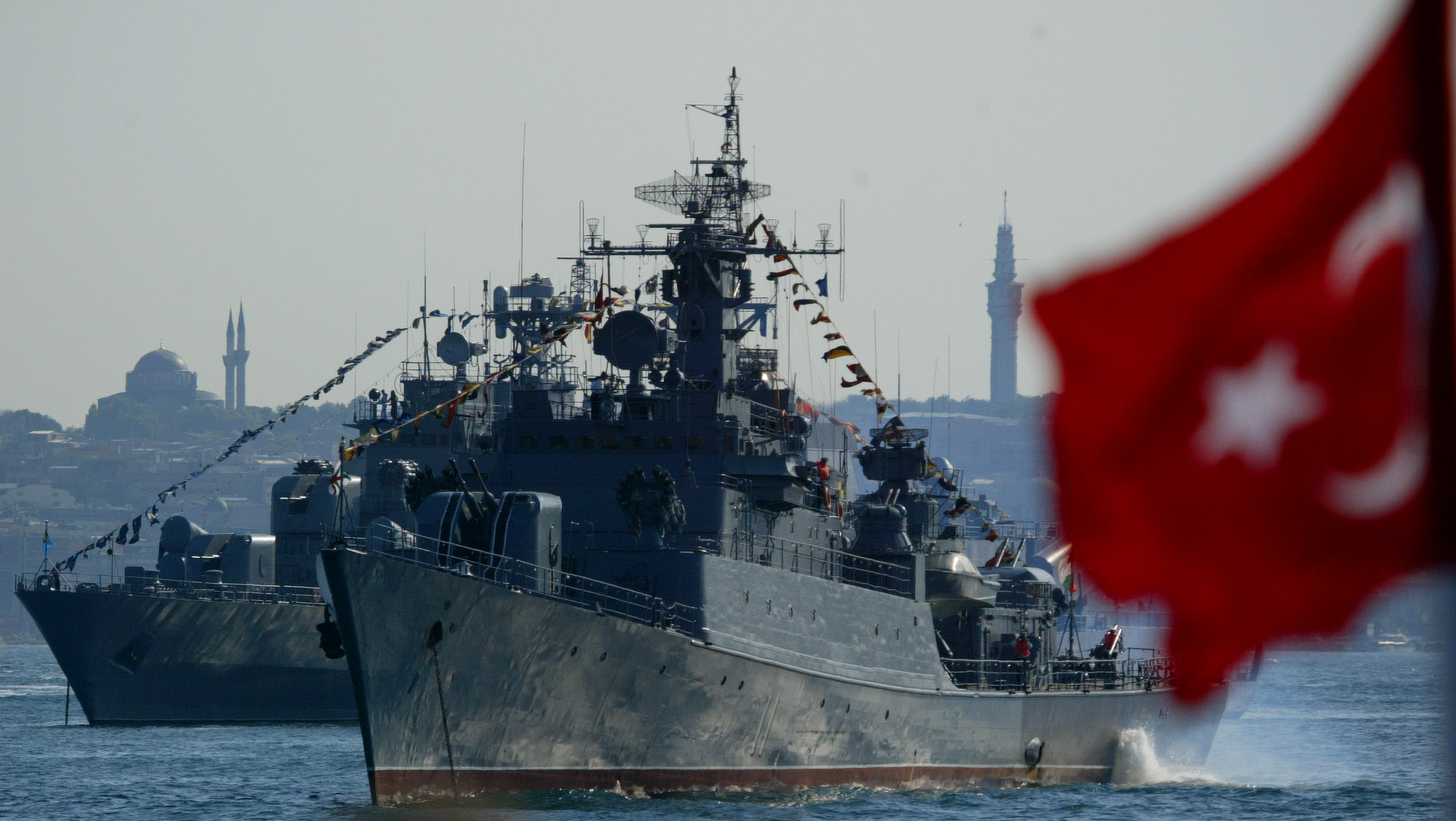 Following the downing of a Russian warplane last week by Turkey, Russia has shown no signs of letting up on its military operations near the Turkish-Syrian border.

Prior to the incident, Moscow ignored calls by Ankara to put an “immediate end” to its airstrikes on Turkmen rebel brigades operating along the border.

The tension culminated in Turkey’s decision to down the Su-24 fighter jet, which had been bombing units of Liwa Jabal al-Turkman — an ethnic Turkish group backed by Turkey — at the time it was downed.

Russia insisted the plane had been bombing “terrorists” in the area.

Burned by the incident, Russia deployed an advanced S-400 surface-to-air missile system to the coastal province of Latakia and ordered that all Russian Su-24s be equipped with air-to-air missiles. Russian warplanes have continued pounding Turkmen rebels — the Turkish aid convoys along the border that supply them — with airstrikes.

These provocative moves are evidently meant as a message to deter Turkish jets from shooting down Russian planes in the future. But Russia has financial and geopolitical interests in keeping its retaliation asymmetrical — specifically, by bombing Turkish-backed rebel groups in Syria while refraining from engaging with Turkey in a military confrontation directly. 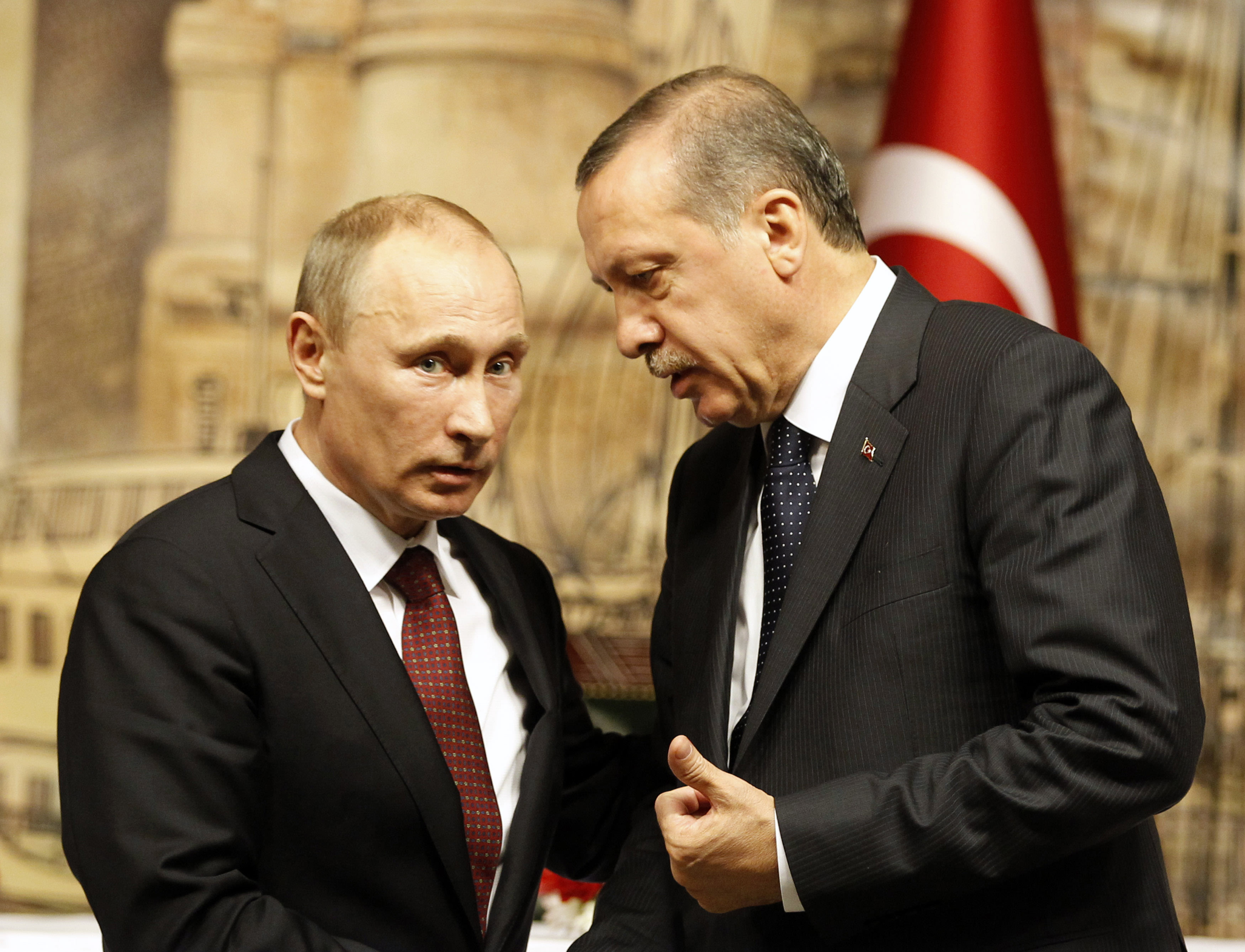 Asymmetrical or not, Turkey could feasibly perceive Russia’s military buildup along the Turkish-Syrian border as a serious threat and invoke its most valuable trump card: the Turkish Straits.

The straits, which consist of the Dardanelles, the Sea of Marmara, and the Bosporus, are a series of waterways in Turkey connecting the Aegean Sea — and the Mediterranean — to the Black Sea.

Turkey, which has full control over the Dardanelles and the Bosporus under the 1936 Montreux Convention, acts as the straits’ custodian and regulates the passage of naval ships belonging to Black Sea states.

Russia currently depends on the unrestricted access to the straits afforded it under the Montreux Convention. Through the straits, it sends supplies to Syria from its Novorossiysk naval base in the Black Sea to Russian ports in Tartus and Latakia.

Historically, Russian ships have enjoyed unfettered access to the Mediterranean via the straits. Under Montreux, however, Turkey may legally block Russian military vessels from passing through the straits under two conditions: if it is at war with Russia or if it considers itself to be “threatened with imminent danger of war.”

As Aaron Stein, a Turkey expert and nonresident fellow at the Atlantic Council, told Business Insider on Tuesday, it remains unlikely that Turkey would go as far as to close the straits — even in these tense times.

“I think this scenario would only kick in a World War II type situation,” Stein said in an email. “Turkey will keep the straits open per the convention and its historical practice.”

But against the backdrop of Russia’s escalating military presence along Turkey’s southern border is Ankara’s legal authority, under Article 21 of Montreux, to cut off one of Russia’s most vital links to Syria if it feels threatened with war.

Turkey has already reportedly signaled that it is willing to take some steps of retaliation with the straits. Leonid Bershidsky, a Bloomberg View columnist, reported on Tuesday that Turkey is “making Russian cargo ships wait for hours before they’re allowed to pass through the Bosporus.”

That Russia has continued to target Turkmen villages and rebel brigades along the Turkish-Syrian border, despite Turkey’s demands that it stop, would theoretically be enough for Turkey to invoke Article 21.

“It was the targeting of these Turkmen groups, villages, and convoys that led to Turkey summoning the Russian ambassador and demanding a halt to the strikes,” The Soufan Group said on Monday. “Less than a week after, Turkey shot down the Russian jet.”

Though Russia wants to weaken the Turkmen rebels so that they do not return to central Asia and strike Russia — and so they are less capable of fighting Syrian President Bashar al-Assad’s forces — Turkish President Tayyip Erdogan is equally if not more invested in the continued well-being of the Syrian Turkmen, who are ethnically Turkish.

“Erdogan’s determination to create a pan-Turkic sphere of influence is matched by Russia’s to target Syrian Turkmen,” the group added. “It is difficult to overstate how much this issue resonates with Turkey’s President Erdogan and his government.”

(Reuters)
Map of Syria locating the Turkmen region and Russia’s declared targets in the zone since September 30.

It is also difficult to overstate how important the Turkish straits are to Russia’s continued military campaign in Syria.

“The so called Syrian Express deployments of Russian Ropucha and Alligator class landing ships and auxiliaries are vitally important to keep Russian troops inside Syria supplied,” Cem Devrim Yaylalı, a Turkish naval analyst, wrote on his blog over the weekend.

“If Russia cannot send its ships through the Turkish Straits for any reason, the Russian soldiers deployed in Syria may find themselves in a very similar position of General Paulus’ Army,” he continued.

General Paulus was a Nazi commander in World War II who led Germany’s drive on Stalingrad beginning in 1942. He and his troops were ultimately forced to surrender after their assistance from Germany’s Sixth Army was cut off by strong Soviet Army formations.

The Germans’ defeat at Stalingrad is said to have marked a turning point in the war, leading to the Allies’ victory in 1945.

Yaylalı implied that Russia and Russian-backed troops in Syria could suffer the same fate if Russian naval ships are blocked from reaching the eastern Mediterranean and can’t resupply their troops. Given how much pro-regime elements have benefited from Russian weapons and supplies since the war erupted in 2011, it is not an unreasonable prediction.

Boris Zilberman, a Russia expert with the Foundation for Defense of Democracies, noted how keeping its access to the straits — and to Syria — and avoiding a larger-scale conflict with NATO has likely factored in to Russia’s decision to keep its retaliation limited and asymmetrical.

“Putin’s options are limited,” Zilberman said in an email, which is why he is “taking action on the margins/asymmetrically.”

“That being said … the Russian-Turkish relationship is a tinderbox,” he added. “The deterioration in the relationship is a loss for both Moscow and Ankara. The egos of Putin and Erdogan may spin any future incident beyond control.”