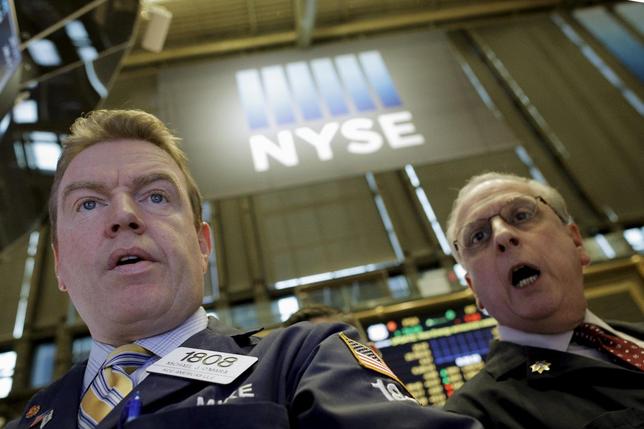 Helping global and U.S. stocks, the European Central Bank kept its main rates on hold and Draghi said the central bank would “review and possibly reconsider” its monetary policy as soon as March. Many analysts had not expected a rate cut before June.

Also boosting share prices, oil spiked from a 12-year low after U.S. crude stockpiles did not rise as much as feared.

In the prior session, the relentless drop in oil prices and fears of a China-led global economic slowdown had sent the S&P 500 to its lowest since 2014. The index remains at lows not seen since September last year.

A lack of upbeat technical measures made some investors doubt that Thursday’s gains would hold, and many remained cautious the market could fall further.

“It’s a different situation than in previous years when you could buy the dip and be very confident,” said Bruce Bittles, chief investment strategist at Robert W. Baird & Co in Nashville. “Here you have a trend that has turned negative and a Fed that is far less friendly than in 2012, ’13 or ’14.”

After the bell, Starbucks Corp (SBUX.O) gave a current-quarter forecast that missed analysts’ estimates and its stock fell 3 percent.

The recent volatility has led to a spike in volume. About 9.9 billion shares changed hands on U.S. exchanges, compared to the 7.8 billion daily average for the past 20 trading days, according to Thomson Reuters data.

Kinder Morgan (KMI.N) surged 15.6 percent as the pipeline company outlined plans to cut debt and spending, raising the chances of a higher dividend.

Union Pacific (UNP.N) fell 3.55 percent after the railroad operator said weak business conditions would persist in 2016, a warning that also weighed on its peers.