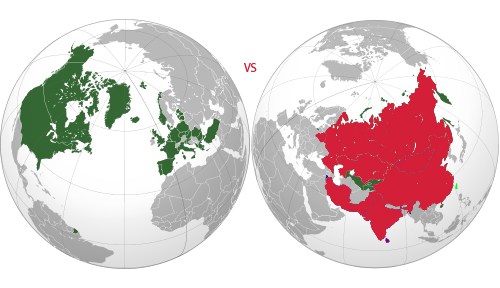 If official reports are to be believed, US President Barack Obama’s recent visit to Europe covered everything except for what was actually at the heart of the discussions, namely the Transatlantic Trade and Investment Partnership (TTIP).

For Obama, whose foreign policy successes look pathetic even compared to those of his predecessor George W Bush, it is vitally important that he finishes his presidency with a bang, especially since, by his own admission, prospects for the future of the TTIP will be extremely uncertain once the White House changes hands.

And it is not even that Donald Trump, who is openly critical of the global ambitions of the current American elite, has a chance of becoming president. There will also be problems should Hillary Clinton become president, even though, like Obama, she represents the interests of transnational corporations and is a great believer in the idea of US global dominance. The election campaign currently underway in the US has already shown that the electorate is willing to place the interests of the US as a nation state above the imperial ambitions of the elite and large corporations. Trump is not the only one to have expressed this trend, there is also Bernie Sanders and even, to some extent, the number two in the Republican race, Ted Cruz. Even if she wins, therefore, Hillary Clinton will be forced to take this point of view into account, particularly as it will only gain her supporters over time.