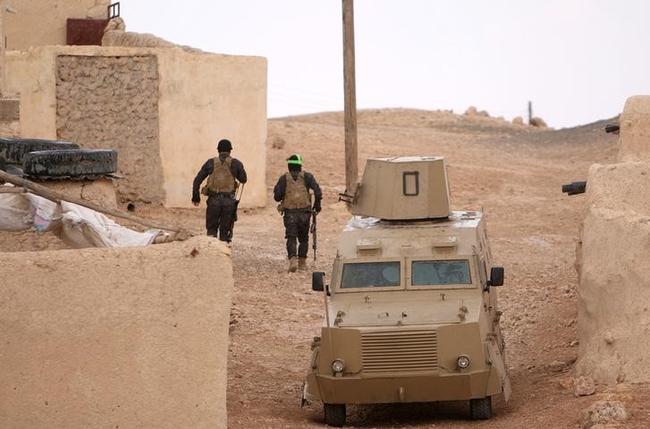 A U.S.-backed offensive to retake the Islamic State-held northern Syrian city of Manbij has displaced some 20,000 civilians and could uproot about 216,000 more if it continues, a U.N. humanitarian agency said on Monday.

Syrian fighters have surrounded Manbij from three sides as they press the onslaught against the jihadists near the Turkish border, a spokesman for the fighters said on Monday.

The report by the Office for the Coordination of Humanitarian Affairs (OCHA) said it was possible people would “face impediments” to moving out of IS-controlled areas and they had a critical need for shelter, drinking water, food and health care.

Civilians were mainly moving north toward nearby towns and to the Jarablous border crossing with Turkey or west toward areas held by other rebel groups, while lesser numbers had gone south to villages along the Euphrates River.

OCHA said newly uprooted people might try to head toward Al-Bab or Azaz, two towns west of Manbij, or south to the Maskanah plain close to Lake Assad.

Offensives aimed at rolling back Islamic State insurgents around Tabqa could also trigger displacement, OCHA said. Tabqa, close to the Euphrates Dam at the other end of Lake Assad from Manbij, is the apparent target of a Russian-backed offensive by Syrian pro-government forces.

The OCHA report gave no figures or details of potential displacement caused by that battle.

Both the U.S.- and Russian-backed assaults appear to threaten the Islamic State stronghold of Raqqa, its capital in Syria, and both began last week shortly after the Iraqi army attempted to storm IS-held Falluja in Iraq.

A spokesman for U.S.-backed forces said on Monday IS militants had been fleeing Manbij with their families as the Syria Democratic Forces advanced to within 6 km (4 miles) in an attack that has killed more than 150 jihadists.