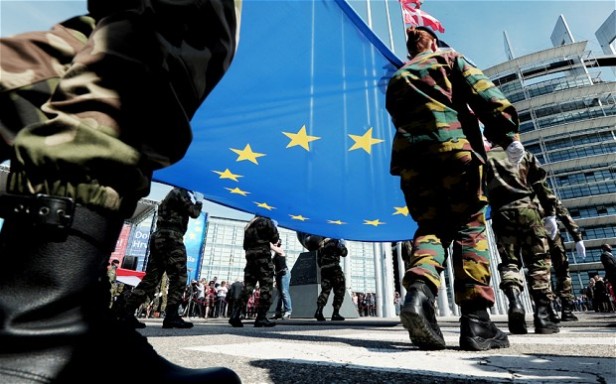 Europe faces a deteriorating security environment. The issue of creating a European joint military has recently come to the fore.

Germany and France will relaunch closer European military cooperation this month and could start a common defence fund.

The fund, which could start on a small scale in 2017, could be backed by the European Investment Bank to finance projects. Other proposals could include enlarging cooperation between forces. Germany and the Netherlands have combined tank and naval forces and want to develop a common surface-to-air defence. French and British forces agreed in 2010 to work together. The list can go on.

It gives rise to the question – is there a secret plan to create an EU army?

The need for creating European military and operational structures is an issue included into the EU Global Strategy report prepared by EU foreign policy chief, Federica Mogherini, for the June 28 summit.

The plans foresee the development of new European military and operational structures, including joint headquarters. They are supported by Germany and other countries as the first step towards an EU army.

Remarkably, the idea to create a «Euro Army» has long been brewing in minds of EU leaders.

«The EU needs to strengthen its strategic and institutional capabilities, as well as cooperation over resources. Ultimately, this should amount to a European Defense Union (EDU), which would support NATO in providing territorial defense. Moreover, an ambitious EU foreign policy aimed at reducing instability and state fragility at its borders would take on security responsibilities through the use of military force and rapid response», Solana writes in a Wall Street Journal article.