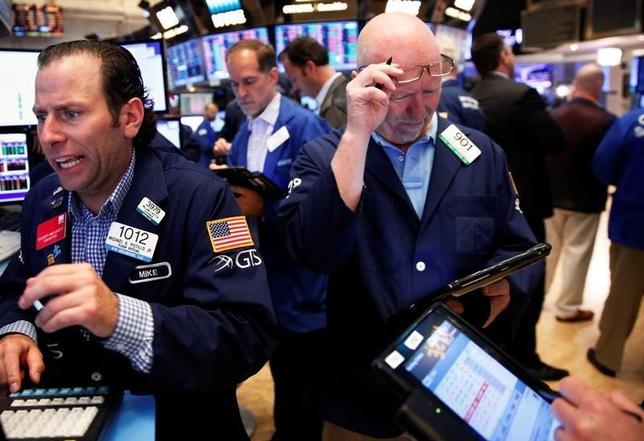 The risk that Britain could yank itself out of the European Union had been telegraphed for over a year, but even U.S. companies with “Brexit” contingency plans have said they were shocked it is now on track to become reality, and are just beginning to work through all of the implications.

Caught off guard, some U.S. firms have rushed to place foreign currency orders hedging against further declines in the British pound. Many are seeking legal advice on the impact on trade agreements and regulations, while others begin to consider a potential drop in demand from European economies, company executives and consultants told Reuters.

International law firm Dechert LLP received so many calls from business clients after Thursday’s referendum result became clear that it set up a special hotline to handle the volume.

While heavily regulated financial services and insurance companies were relatively ready for a Brexit, “most of the others haven’t prepared at all,” said Miriam Gonzalez, the London-based co-chair of Dechert’s international trade and government regulation practice.

“It has come as a massive shock and many businesses are struggling to digest that today,” Gonzalez said on Friday.

One U.S. CEO went to bed on Thursday night thinking Britons would vote to stay in the EU. He awoke before dawn on Friday to find out it had swung the other way. One of his first calls was to his finance office, directing them to hedge against further declines in the pound.

“We’re a little naked on that,” said Dan Ariens, CEO of Ariens Co, a family-owned maker of lawn and garden equipment based in Brillion, Wisconsin, “because it was kind of a wait-and-see situation.”

Ariens, with sales of about $700 million last year, operates a factory in Britain – its only one outside the United States — producing riding lawn mowers for the UK and other European countries. “The value of my (UK) business just dropped,” Ariens said.

Herman Miller Inc (MLHR.O), known for its high-tech office furniture and as the inventor of the office cubicle, had factored Brexit into its contingency planning for this year among other global risks, trimming its budgets and “not overfilling open positions” while awaiting the vote, Chief Executive Brian Walker said.

Over the last six months – particularly the last three – the Zeeland, Michigan-based company noticed a slowdown among UK clients, as those planning office complexes or renovations held tight.

But even with that foresight, it was not until he read a legal article on Friday morning that Walker realized that Britain will likely have to rewrite all of its trade agreements as it leaves the EU, a process expected to take up to two years.

“There’s so much uncertainty about how they’re going to implement this, and some of it is unknowable at this point,” he said.

IMPACTS FROM TAXES TO PERSONNEL

The British vote signaled a new direction for Europe, including the potential for additional countries to consider separating from the continental trading bloc. It sent global financial markets into a tailspin on Friday, and the pound fell against the dollar to levels not seen since 1985. CEOs worldwide said they were bracing for long-term disruption, job cuts, and lower profits. [nL8N19G2L4]

One of the main issues U.S. companies with operations in the UK will have to contend with is whether Britain remains part of the single market. If manufacturers have to start paying tariffs on goods sent from the UK to EU countries and have to go through customs, that would add time and cost to their operations that could favor European competitors.

The jump in the dollar against the pound, as well as other currencies, is another headache, since it makes U.S.-made goods more expensive in those markets.

Ariens is one company facing that problem. It uses many U.S.-made parts to assemble its products in the UK, including engines and transmissions. The falling pound means higher costs for those parts, potentially cutting into profit if it does not raise prices.

Another is D’Addario & Co, a Farmingdale, New York-based maker of strings for musical instruments and other accessories with sales of about $185 million. CEO Jim D’Addario had followed the debate over Brexit in press reports and had not taken the chance of a pullout seriously. The company does about 30 percent of its business in Europe, and D’Addario’s most immediate concern is the impact of the rising dollar on his products.

“The scarier thing to me,” he said, “is that this could lead to the collapse of the whole EU system – that would have a more far-reaching impact.”

Many different types of regulation will also need to be renegotiated, from intellectual property and branding rights to environmental law. EU citizens currently have an automatic right to work in any EU member country, so companies may face human resources challenges if employees based in Britain from other EU countries will be forced to leave.

Once the initial panic is over, they will need to work fast to figure out their priorities for lobbying the UK government as it negotiates with the EU.

“There’s going to be quite a lot of discussion about what shape Britain’s relationship with the European Union is going to take,” said Alex Henderson, a senior tax partner at PwC in the UK. “If your business is going to be affected by those changes, then it’s time to make your voices heard because I believe the UK government will be in a listening mood.”

(Reporting by Timothy Aeppel in New York and Nick Carey in Chicago; Editing by Michele Gershberg and Bill Rigby)