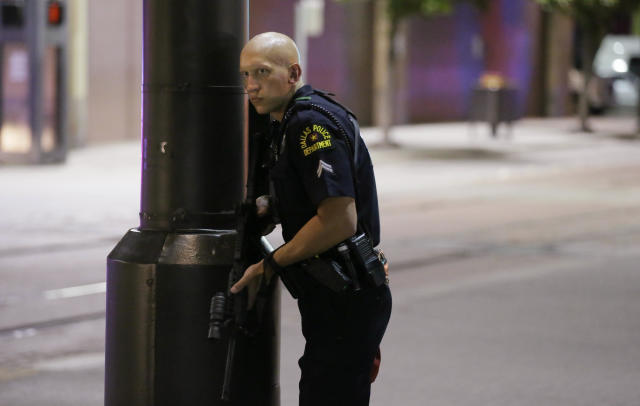 DALLAS — Four officers have been killed and at least seven more injured in a hail of gunfire during a demonstration organized to protest this week’s police-involved shootings in Minnesota and Louisiana, Dallas police confirm.

“They planned to injure and kill as many law enforcement officers as they could,” Brown said at a news conference.

Two people were reportedly in custody shortly before midnight local time. Police have not confirmed if they are the shooters. One of the men turned himself in shortly after police published his photo on social media.

Friends and family told reporters that the man in the photos is Mark Hughes. Despite carrying an assault-style rifle during the march (which is legal in Texas), the man’s relatives were adamant that he was not involved in the shooting.