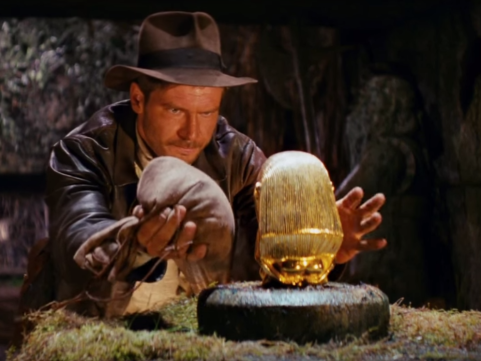 After the post-Brexit, face-ripping comeback in gold prices, Christopher Wood at CLSA believes that the precious metal is set up to more than triple in price.

Since the start of 2016, gold bullion has gained 24.6%, said Wood, who has been high on gold for some time now, and the risks to the global economy and safe-haven nature of the commodity will make it the go-to investment.

“A long-term bullish view is maintained on gold bullion, with the ultimate price target now set at $4,200 an ounce,” Wood wrote in a note to clients on Tuesday.

What could possibly make gold go from roughly $1,350 an ounce now to a historically high price? Central banks, according to Wood. Here’s his breakdown (emphasis added):

“This is because the view here remains that central banks, including most importantly the Federal Reserve, will not be able to exit from unconventional monetary policy in a benign manner and will remain committed to ongoing balance-sheet expansion in one form or another. Such policies will ultimately discredit central banks pursuing unconventional monetary policy, threatening the stability and indeed integrity of the current fiat-paper-money system.”

Essentially, the inability of central banks to wind down their balance sheets and the continued effort to stimulate the economy by admittedly unconventional means would end our current currency system. Once this happens, we would return to some sort of gold or physical standard, thus making gold an incredibly valuable asset and sending it soaring.

Secondary to this, gold miners would be a beneficiary, according to Wood. In the short term, this group is trading at around the same level (as measured by the Arca Gold BUGS ETF) as they were in 2002, when gold was only $310 an ounce. In the long term, these stocks “remain the geared way of betting on such a view,” Wood wrote.