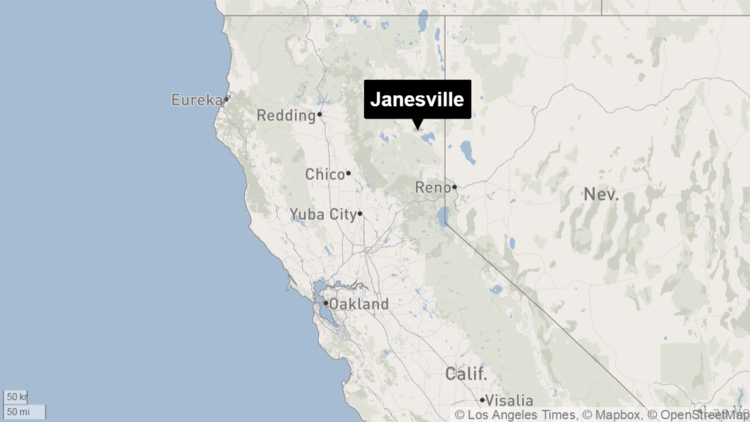 About 9:55 p.m. Wednesday, a magnitude 4.5 earthquake was reported about 20 miles east of Janesville, near the Nevada border, according to the U.S. Geological Survey.

Within minutes, two more magnitude 4.4 quakes were reported around the same area in Lassen County, according to the USGS. The epicenters were about 45 miles north of Reno and 10 miles south of Honey Lake, the USGS said.

Early Thursday morning, a magnitude 3.4 earthquake was reported 19 miles from Janesville, according to the USGS. The temblor occurred at 3:13 a.m. at a depth of 3.1 miles.

The shake map compiled by the USGS showed that the quakes were felt in Susanville and Reno.

It’s unclear whether the quakes caused any damage.