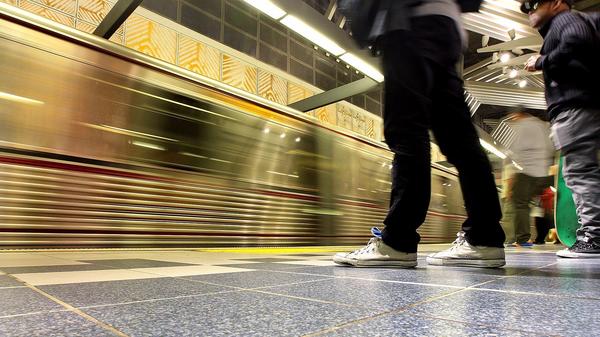 The Los Angeles County Sheriff’s Department is stepping up security at the region’s transit stations after officials received a phone threat about the Red Line Universal City station, a law enforcement source said.

The exact nature of the call was not known, other than that the caller threatened to blow up the station.

Chief Scott Edson, who oversees counter-terrorism as head of the Sheriff’s Department’s Homeland Security Division, said “there is no credible threat against any station. However, we have information that has led us to heighten security at Universal and stations across the system.”

Edson cautioned that the department often receives threats and that it’s hard to determine the credibility of this one. He said passengers should report any suspicious activity.

Last year, a phone threat of violence at L.A. schools prompted the district to cancel classes for the day. Officials later determined the threat was not credible, and there was some debate about whether the district overreacted.

Authorities have scheduled a news conference on the Universal City station threat  this evening.