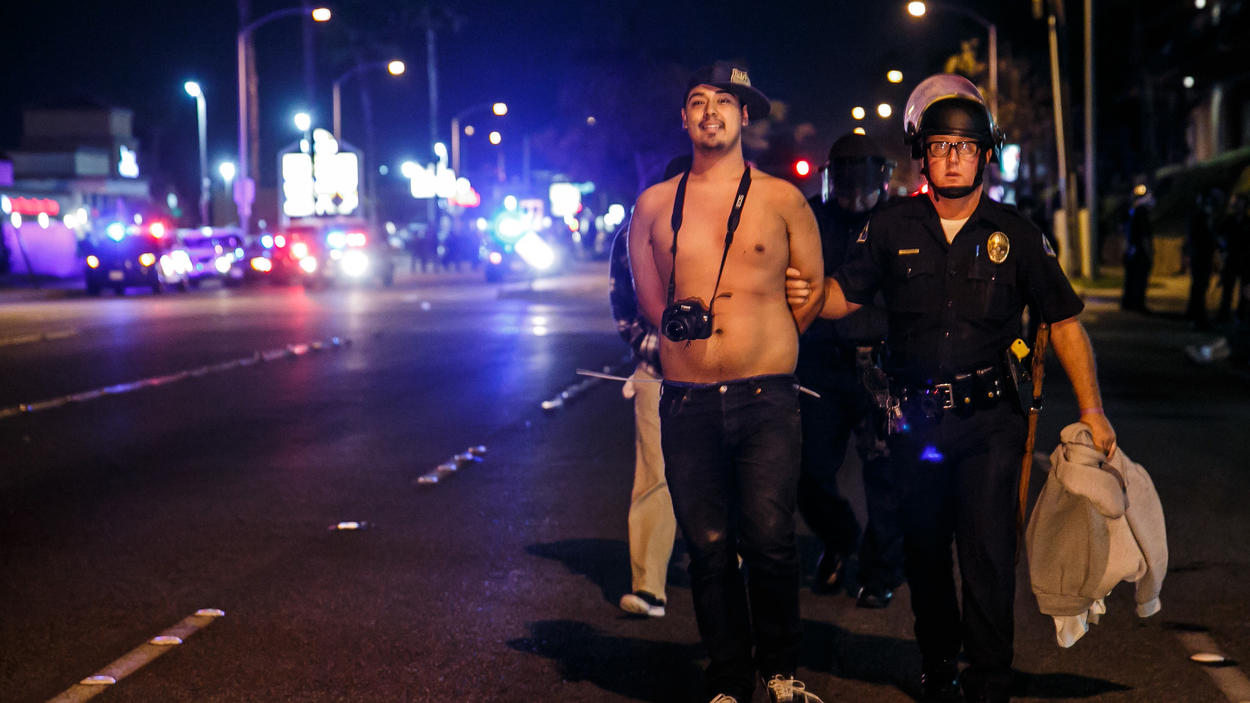 A day after an off-duty Los Angeles police officer fired his gun during a confrontation with a group of teenagers in Anaheim, videos purportedly showing the encounter spread online, prompting questions about the officer’s actions.

No one was injured by the gunfire, but the footage — posted on YouTube and Facebook  — sparked a flurry of phone calls and emails to Anaheim police, who are investigating the officer’s actions.

(Warning: The video contains indecent language. You can watch it here.)

On Wednesday night, about 300 demonstrators took to the streets of Anaheim to protest the case. The marchers began in the west Anaheim neighborhood where the shooting occurred and eventually moved into major streets.